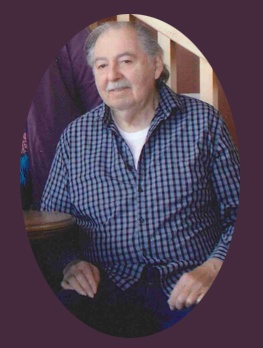 Wilmer “Wil” Alan Brown, age 77 of Wyoming, Minnesota, passed away peacefully on December 26, 2018.  He was born to Emery Eugene Brown and Viola Grace Brown on July 8, 1941, he was youngest of 9, and had 3 brothers and 5 sisters.  He was an enrolled member of the White Earth Band of Ojibwa, attending public school in Cass Lake before moving to St. Paul where he attended Van Buren and   Harding High School.  He proudly served in the U.S. Army,  from 1959 to 1963 serving some of his time in Korea at the young age of 17.  He served on the Great Lakes as a Merchant Marine fulfilling his longtime love for the water.  Wil worked as a laborer in construction for a few years.  He married Elaine Mildred Olson of St. Paul in 1964 after falling in love and following his heart.  They had 3  children, Brenda, Rubin, and later Michelle.  Wil was an apprentice while attending St. Paul Vo-Tech for the Sprinkler Fitters and became a Journeymen for Union Local #417.  Wil often spoke highly of the people from local #417, and was a loyal member for 48 years.  After his retirement he got to spend time enjoying the things he loved the most including gardening, yard work, agate hunting, family and all aspects of nature.  He found and appreciated the natural beauty in everything around him.   Wil was brought up hunting, fishing, gathering berries and harvesting wild rice to keep the family sustained.   He had a special place in his heart for all people but was the happiest when he was surrounded by children.  They were always drawn to him and he had a way of teaching, playing, and being silly while making them all feel important and loved.  He enjoyed reading the daily paper and completing the crossword and sudoku puzzles.  Respectful, loving, kind hearted, gentle, generous, strong, wise, humble, funny, sarcastic, loyal, spiritual and dedicated are some of the words to describe him.  He is survived by his wife, Elaine and their children, Brenda Brown, Rubin and Michelle (James Jr.) Swanson; two grandchildren, Nicholas Brown and James Swanson III; siblings, Elsie Brown and Joan (Jim) Cowan; nieces, nephews, extended family (Barb and Steve Ronnenberg, Bob Nelson and Jim Roth ) and Chloe, the singing dog.

To order memorial trees or send flowers to the family in memory of Wilmer "Wil" Brown, please visit our flower store.