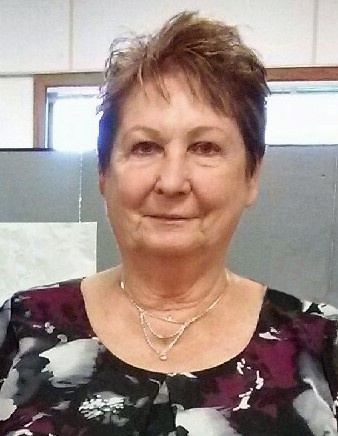 Shirley Ann Stangle was born in Mahnomen, MN in August 1936. She was the 6th of 8 children born to

Anna and Frank Stangle. She attended the Mahnomen schools, sang in a girls’ choral group, and met

Joey (one of those “good lookin’ Blaser boys”). She decided to move to the cities, and Joey followed

She worked at Armors at the Stock Yards in So. St. Paul as a key punch operator. Once the four children

were born, her main job was to care for her family. The family lived in Hampton, So. St. Paul, and Inver

Grove Heights. In each of their homes, Shirley’s talent at decorating was displayed. She enjoyed finding

window décor, furniture, and all other aspects of designing the interior. She was an expert at finding

treasures at garage sales and loved going to them on Thursdays (the best day for sales). Her family

done, she wanted to move and decorate another one.

Shirley was an extremely good cook. Some of the family favorites are homemade chicken soup and

hamburger gravy. The only time she struggled when putting a meal together is when she got her first

microwave oven. We were all sitting at the table ready to eat, and it wasn’t done the way she thought it

should be. We all ended up quietly leaving the table and waited until she called us back (quite a while

later) after she figured out how to run the microwave.

She had six sisters and one brother, and they spent time together playing cards, camping, dancing,

celebrating birthdays, Christmas, anniversaries, and having fun. Once the kids moved out, Shirley and

Joe lived in more remote locations in older homes that they would fix up. They had pet goats, a donkey,

cats, and dogs. The only pets that were able to come into the house for a visit were the cats. She

enjoyed them very much.

She also enjoyed the time spent at the cabins they had up in McGregor, MN. Shirley and Joe would

spend every weekend remodeling, relaxing, boating, and fishing with the kids and grandkids. She also

renovation shows, and Dancing with the Stars.

Shirley often said she wanted to hang around long enough to see her great grandchildren. She got her

wish and got to know her great grandson and two great granddaughters. In 2016 Shirley broke her

ankle. After that, she started having other health issues that seemed to slow her down and cause her

anxiety. Every year she said that Christmas was getting hard for her to host, but she always did it (with

help when she would accept it) and made it a memorable experience for the family.

Shirley was very opinionated, stubborn and high strung, but she had a loving heart. She often helped

people she knew and even some people she didn’t know. The last thing she said before she passed

away was “I’m going to die – I can feel it. Before I die, I want to make sure all of you know that I love

We love her too – we hope she is having fun decorating heaven and visiting with her son, Steve.  Shirley  is preceded in death by her parents, Frank and Anna Stangle; son, Steven Blaser; five sisters; one brother.  She is survived by her beloved husband of 62 years, Joseph; children, Kristie (Lee Bacon) Cooper, Michelle (Kip) Shefveland, Rhonda Blaser; eight grandchildren; three great-grandchildren; sister, Sharon (Eugene) George; other family and friends.

Funeral Services will be held at 7:00 p.m., Wednesday, January 16, 2019 at Mattson Funeral Home, 343 North Shore Drive, Forest Lake.  Visitation will be held from 5:00 p.m., until the time of service at the funeral home.  Mass of Christian Burial will be celebrated at 11:00 a.m., Friday, January 18, 2019 at St. Joseph Catholic Church, 222nd Avenue, Beaulieu, Minnesota.  Visitation will be held one hour prior to  mass at the church.  Interment at St. Joseph Cemetery, Beaulieu, Minnesota.

To order memorial trees or send flowers to the family in memory of Shirley Blaser, please visit our flower store.