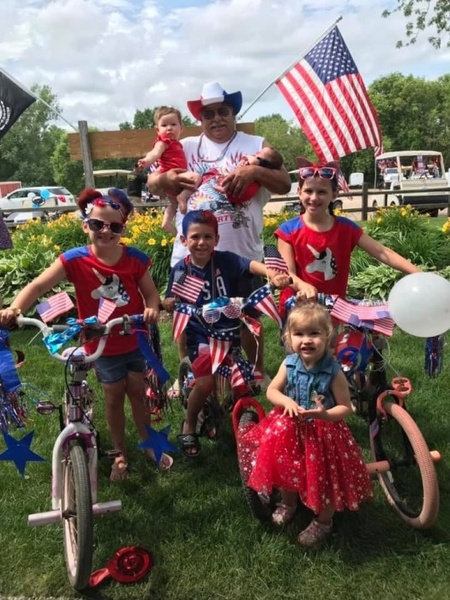 Scott A. Melter, age 60, of Wyoming, Minnesota, died peacefully after his battle with COVID-19 on Wednesday, April 1, 2020.  Scott was born, February 25, 1960 in Milwaukee, Wisconsin, the son of Bernard and Mary-Anne (Czerwinski) Melter.  As a child of a military family, Scott grew up around the country as his father was transferred from place to place.  Following in his father’s footsteps, Scott joined the United States Army in 1978 and proudly served our country until 1984.  He was united in marriage to Treva Boatright on May 26, 1984.  They made their home in Minnesota.  Scott worked for many years as an engineer with Comcast and retired in 2019.  He loved football, he was a major Vikings Fan and was always looking for a reason to travel but his biggest enjoyment came from his beloved grandbabies.  Scott was a believer and follower of Jesus Christ and is now enjoying eternity forevermore with his precious Savior. He is preceded in death by his father; sister, Gail Marie.  He will be deeply missed by his loving wife, Treva; children, Krystal (Josh) Pearl, Michael (Briana) Melter; grandchildren, Shiala, Cienna, Corbin, Croix, Mileena, Madison; mother, Mary-Ann; siblings, Mark (Tristen) Melter, Deanne (Paul) Grausam, Frank (Jennifer) Melter.

To order memorial trees or send flowers to the family in memory of Scott Melter, please visit our flower store.