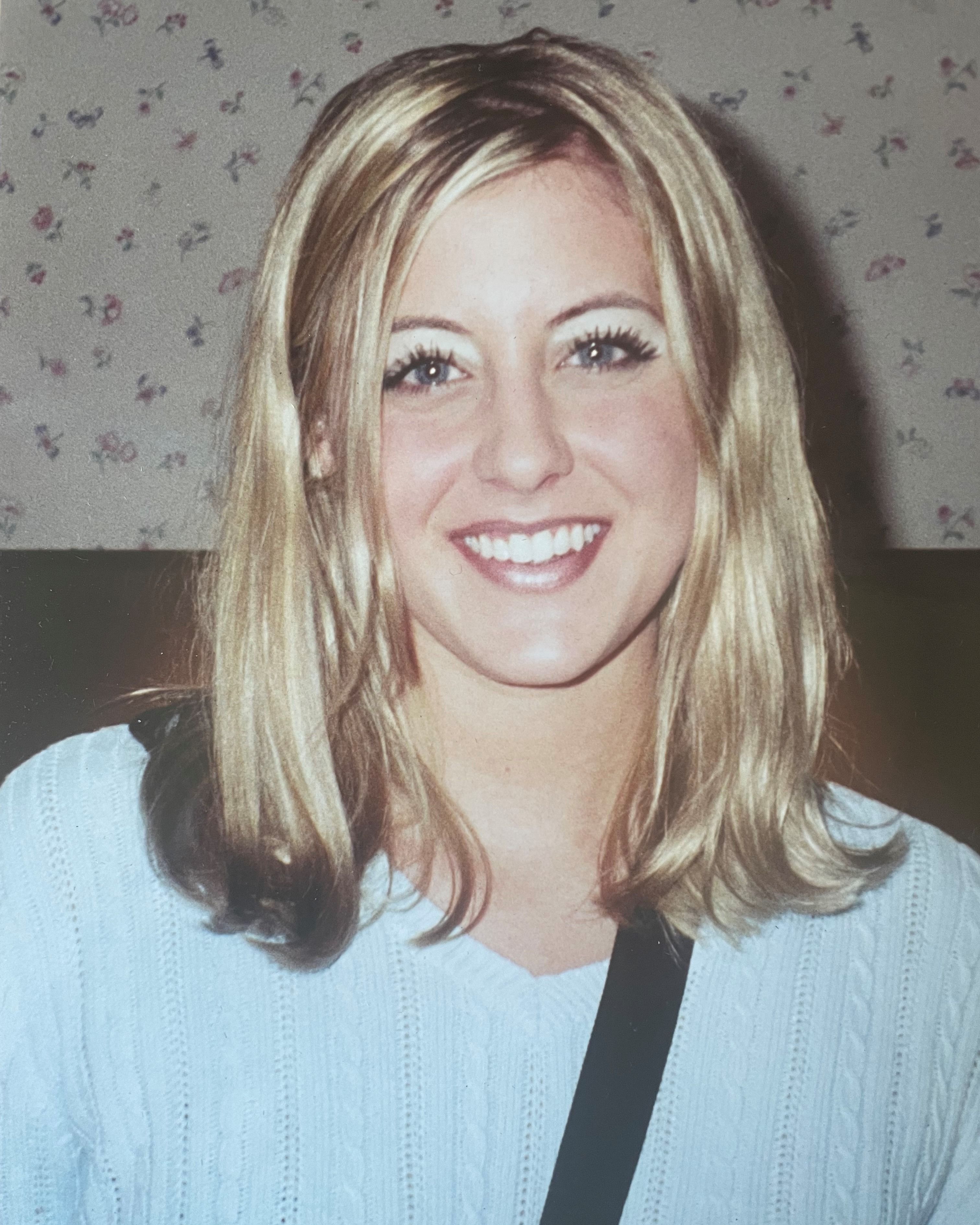 As an avid swimmer at age 6, Ruth Anne joined her older brother John’s competitive swim team.  A year later, she found her love of swimming better suited for competitive synchronized swimming, which continued for many years.  She loved being with her brother John and continued cheering him on at his swim meets.  Ruth Anne and John enjoyed family ski trips together and remained the very best of friends throughout her life.

In high school, Ruth Anne joyously shared the gospel with friends, who will be eternally grateful for her boldness that led to their decision to receive Jesus.  Ruth Anne based her identity and worth on her relationship with Christ, which freed her up to be compassionate, caring, kind, genuine and loving in every way, with an infectious smile and sense of humor.  Ruth Anne spent the last few weeks of her dear Grandmother Ruth’s life by her side. Ruth Anne was holding her grandmother’s hand, kissing her cheek and singing “Jesus Loves You”, as her grandmother was taken into glory.

Appreciating the sacrifices made by her grandfathers, who sacrificially loved and served our Country in the military, Ruth Anne was an eager volunteer encouraging disabled Veterans at the Veterans Hospital, as well as thanking service members that she met every day.  Following in the footsteps of her Great Grandmother Parker, Ruth Anne was also an active member of the Daughters of the American Revolution.

Ruth Anne graduated from Hawthorne Academy, and later attended St. Paul College where she was a member of the Phi Theta Kappa National Honor Society.  She received a Bachelor of Science degree in psychology from Metro State University.  Ruth Anne had been attending graduate school for a master's degree at Liberty University to become a Licensed Marriage and Family Therapist prior to her passing.

Ruth Anne and Kent Herrmeyer exchanged rings and promises of a life together on May 20, 2020. They had an unwavering love for the Word of God, each other, and their dogs, Claude and then Sitka.

Ruth Anne was preceded in death by her dearly loved grandparents, John T. and Anne B. Parker and Samuel J. Schneider and Ruth L. Schneider-Wright; her special cousin, Chuck Parker; her best girlfriend, Nerissa Pace; and her loyal dog companion of many years, Claude.

To have known Ruth Anne and experience her love was a blessing that will be greatly missed.

In lieu of flowers, Ruth Anne would have preferred that any donations be made to K9 For Warriors, or Prison Fellowship Ministries.

To order memorial trees or send flowers to the family in memory of Ruth Anne Parker, please visit our flower store.