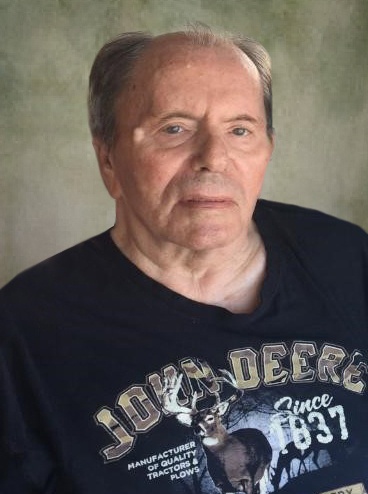 Robert “Bob” Kotek, age 77, of Chisago City, Minnesota passed away on April 2, 2020 at Parmly on the Lake.  Bob was born February 10, 1943 to Adeline and Ben Kotek of Pine City, Minnesota.  Bob was raised on the family farm and attended school in Pine City.  He played football and was active in 4H.  He enjoyed taking the calves to the State Fair and judging at the Jr. Livestock Sale.  After high school, he went on to the University of Minnesota and graduated with a bachelor’s degree in education.  He taught 9th grade science in Foley and Forest Lake.  He later left the classroom and started building homes, which led to selling garage doors for Twin City Garage Door Company in Plymouth.  Bob and Cookie were married on August 13, 1966.  They were blessed with their first son, Dan, in 1972 and Alan, in 1977.    They loved their gardening and travel.  Bob enjoyed fishing; especially in Canada.  Each year he looked forward to planning and preparing for deer hunting. He was a member of the Jaycees, Lions Club, Minneapolis Builders Association and Hosanna Lutheran Church, where he served on the council and building committee.  With his building skills, he helped build garages for Habitat for Humanity.

Bob suffered with Parkinson’s for many years and now is resting in peace with no pain.  He is preceded in death by his parents, Ben and Adeline (Minar) Kotek.  He is survived by his wife, Cordelia “Cookie”; sons, Dan (Raquel), Alan (Charline); grandchildren, Taylor, Riley, Bryce, Jaime, Shelby and Devon; brother Garland (Kaye); nieces and nephews.

To order memorial trees or send flowers to the family in memory of Robert "Bob" Kotek, please visit our flower store.