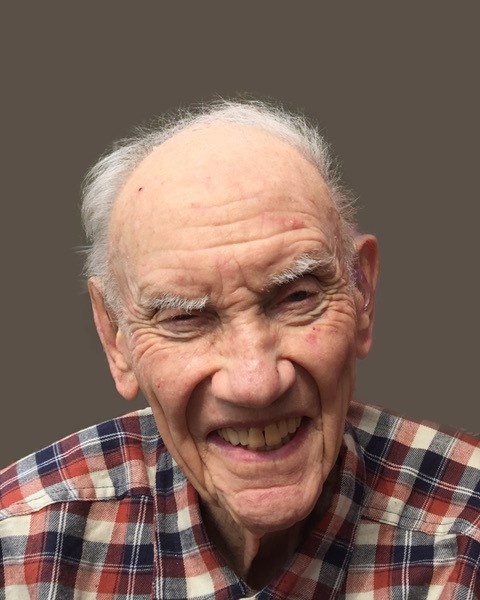 Robert Waryne Kopp, age 95, of Marine on St. Croix, Minnesota, died Monday, February 3, 2020 while surrounded by his family.  Bob and Lornell were both graduates of St. Paul Johnson High School, Class of 1942.  Following high school, Bob served our country during WWII as a B17 navigator in the United States Army Air Corp.  He flew 29 missions in Europe.  After the war he returned home and graduated from the U of M with a bachelor’s degree in electrical engineering.  His career spanned nearly 40 years with Honeywell where he worked on guidance systems including hand controls for the space shuttle.  He and Lornell were privileged to do extensive traveling, including trips to Europe and Australia.  In his free time, he enjoyed the outdoors; hunting, boating and waterskiing into his 70’s.  He also enjoyed logging hours on his HAM Radio (N0AHU).  He is preceded in death by his parents, Raymond and Hannah (Jonsson); brothers, Russell, Raymond, Douglas.  He will be deeply missed by his beloved wife of over 70 years, Lornell; children, Bradley (Elizabeth), Lindsey, Terry (Cynthia), Scotty; grandchildren, Angela, Robert (Jess), Joseph, Charles (Adelyn) Colleen, Sarah (Marcus) Eckert; nieces, nephews, family and friends.

Memorial Services will be held at 11:00 a.m., Saturday, February 15, 2020 at Mattson Funeral Home, 343 North Shore Drive, Forest Lake.  The family will greet friends one hour prior to the service at the funeral home.  Interment at Fort Snelling National Cemetery.  Memorials may be directed to charity of choice.

To order memorial trees or send flowers to the family in memory of Robert Kopp, please visit our flower store.