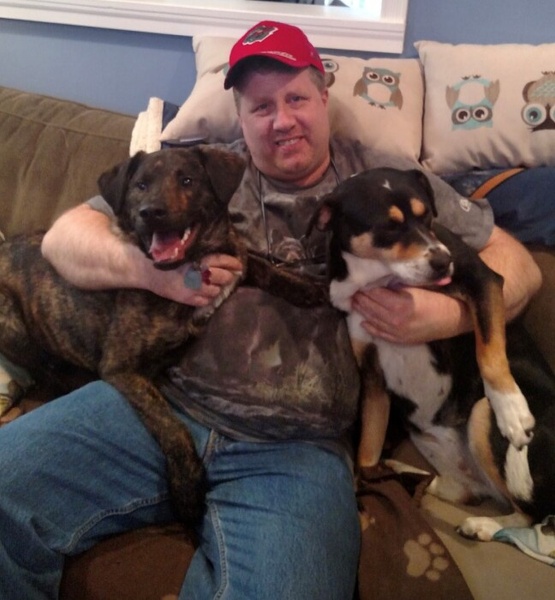 Richard Daniel “Danny” Mitchell Jr. was born on November 26, 1968 at Portchester Hospital in Portchester, NY and passed away suddenly on October 12, 2021 at the age of 52 at Fairview Lakes Medical Center in Wyoming, Minnesota.  Danny’s father, Richard Daniel Mitchell Sr, passed away on September 28th, 2004 and his mother, Catherine Jane Mitchell, passed away on September 27th, 2003.  He is survived by his 3 siblings and Sister-In-Law, Mark and Kim Mitchell of Brewster, NY, Curt Mitchell and Kathleen Cristiano of Lake Lincolndale, NY.  He is also survived by his beloved horse, Cinnamon.

Danny served in the US Army in 1988.  He spent almost 30 years in the trucking industry driving tractor trailers from east to west. His CB radio call name was “Curious George”.  In 2004, he became the owner/operator of CR Danstar LLC. Danny had a passion for the trucking industry and always exhibited professionalism with customer service and safety as his main purpose.  He received a Bachelor’s of Science from St. Mary’s University in Minnesota.

Danny loved his rescue horse, Cinnamon, and looked forward to spending time with him and getting him accustomed to people’s trust.  He had a way with animals that were deemed vicious, untrainable, or unadoptable. Danny was able to get all animals that he spent any time with to trust again.

Danny had a passion and talent for landscaping, flowers and horticultural.  If you struggled with plants, he had a solution for you.  If he came to your house and saw something in the landscape that needed attention, he didn’t care if he was wearing a suit, he would ask for a pole saw and begin cutting.  That was Danny!

Danny never felt his age was a deterrent. He loved hiking, climbing, anything outdoors.  He never showed fear.  Attacked everything with confidence.  One of his favorite past times was riding his Harley up and down the north shore of Lake Superior.

Danny was the most articulate and the rock at expressing everyone’s thought. He eulogized his parents and captured every moment that could make a full room cry yet stayed stoic and kept reading. When you met Danny, you instantly liked him.  His contagious smile and unique laugh was always memorable. Danny never denied helping anyone he deemed a friend.  He would give you anything in his power to help someone that he thought of as a friend.  Danny was old school, sent a card for every holiday and every birthday.  If you were one who showed appreciation for his singing, he would karaoke a birthday song for you.

Danny was passionate about our Country and very patriotic.  He could debate any topic with you even when you agreed with him. He was a boy at heart who always believed his dreams would come true.

Danny will be buried alongside his parents in Norwood NY.

In lieu of flowers, a GoFundMe is in the process of being setup to help cover final expenses.

To order memorial trees or send flowers to the family in memory of Richard "Danny" Mitchell Jr., please visit our flower store.