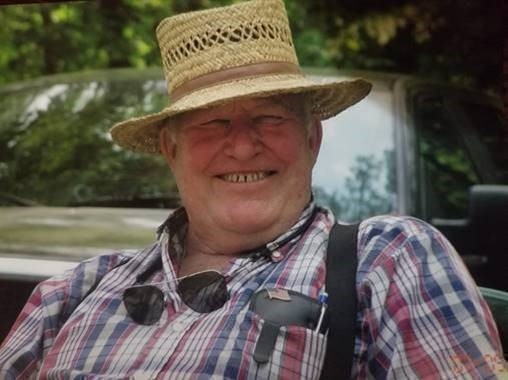 Richard Albert Shogren, 80, passed away Wednesday, December 26, 2018, surrounded by his wife and children, in Chisago City, MN.  Richard was born July 23, 1938 to Albert and Violet Shogren in St. Paul, MN and was the eldest of 6 children.  He graduated from Forest Lake High School in 1956.

“Rich” served in the U.S. Navy as a Machinist Mate and was stationed in Scotland for several years on the submarine tender Proteus (AS-19).  He has always taken great pride in being a veteran of our US Armed Services.

Once his military service was completed, Rich began his lifetime career in the telecommunications industry, moving from lineman, installer and system programming to business owner of Anderson Shogren Telecommunications before his retirement in 2000.  During these years, Rich was also the local constable for Scandia, MN.

Rich married his beautiful wife Peggy in 1986, joining together and building a large family, which included 7 children.  In his spare time, Rich loved to tinker in his garage, perform ham radio operations and training to new operators, the Itasca County Car Club, weather watching and enjoying the RV lifestyle in the State of Texas.

The Family wishes to express their gratitude and special thanks to the very caring staff at Parmly On the Lake, Abbott Heart Hospital (Mpls) and Fairview hospice for the wonderful and dedicated care they provided.

Rich will be missed by many and leaves behind a legacy of honesty, faith, strength and dedication to those that knew and love him.

To order memorial trees or send flowers to the family in memory of Richard Shogren, please visit our flower store.