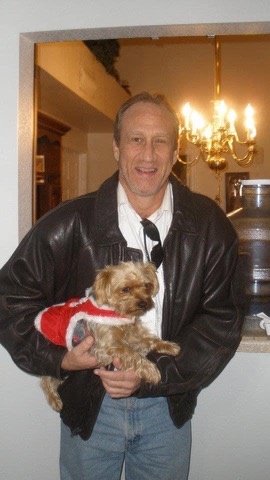 Randy was born on October 15, 1961 at the Fort Ord Army Hospital in California to William and Edith (Mitchell) Packard. With his father a member of the U. S. Army, he lived in California, Germany, and Kansas before age 6.  In 1966 his family moved to Coon Lake.  Randy attended grade school in Cedar, MN and high school in St. Francis, MN, graduating in 1980.  He attended St. Cloud State college and also worked at a tire shop, but soon he decided to see the country and headed to San Diego, California.  He worked as a manager/mechanic at Malibu Grand Prix Race Track for several years spending time in Georgia, Texas, and Colorado. Randy met Renee when he was in California and they were married in 1986. They lived in Diamond Bar, CA when son Michael was born.  Randy worked in many industries over the years.  He worked in HVAC, as a water filter technician, a courier, a cross-country truck driver for a few years and as a part supplier for Semi-trucks.  In 2012, he came back to Minnesota and has lived on Coon Lake where he especially enjoyed pontooning.  Of course that meant being a mechanic to keep the boat, pontoon, and Sea-Doo running! Also, the snow-mobiles and tractors always needed his attention plus cutting and splitting wood. He had lists of all he needed to do.

He is preceded in death by infant brother, Michael William; 4 grandparents; 2 infant nieces.  He is survived by son, Michael (Stephanie); parents, Bill and Edith; sisters, Val (Steve), Laura (Jay); niece, Rachel; nephews, Jordan, Carter, Cayden; aunts, uncles, cousins and many loved ones.  If you are unable to attend the service you can follow this link to watch the livestream or recording, https://www.youtube.com/channel/UCDVJ_Z_oQm4YHyI8hN5QXNA .

A Celebration of Life will be held at 1:00 PM, on Friday, January 21, 2022, at Crossroads Church, 17445 Notre Dame St NE, Columbus.  Family will be greeting friends one hour prior to the service.

To order memorial trees or send flowers to the family in memory of Randal 'Randy" Packard, please visit our flower store.