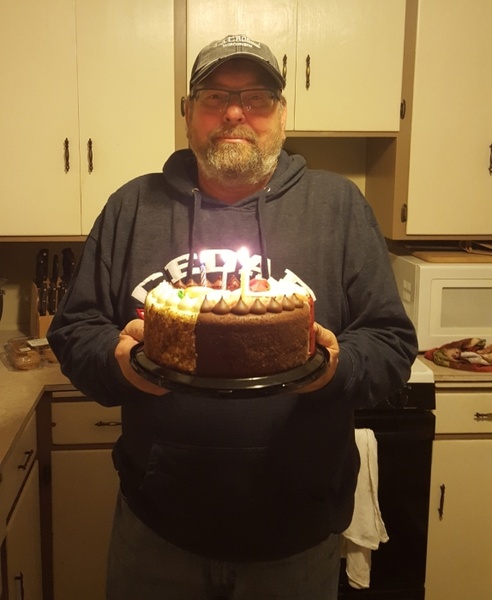 Peter J. Karwoski, age 62, of Forest Lake, died Sunday, April 5, 2020.  Pete began his life in East St. Paul, Minnesota and later moved to the small town of Scandia, Minnesota where he attended elementary school. He graduated from Forest Lake High School, Class of 1975.  He was united in marriage to Beth Jemelka in 1977.  They had four children together. Pete started his working career at St. Jude Medical making artificial heart valves (which ironically, he received one later in life) and various life changing medical devices. He would later go on to work at C.G Hill Machine Manufacturing making custom machined items. He later began working with one of his sons at Blaine Brothers diesel truck repair doing general building maintenance and facilities repair. He was always in pursuit of learning new skills and applying his knowledge to various projects. Pete was very generous with his time when it came to helping friends and family whether it be home remodeling or vehicle repair, he would be one call away. He was an avid motorcyclist, loved any kind of road racing and enjoyed being at the racetrack. He loved downhill skiing and later in life picked up golfing. He was a huge fan of live music and enjoyed blues and rock and roll concerts with his close group of great friends. He was preceded in death by his father, Don; mother, Jeanne (nee Clasen) and his brother, David. He is survived by his sister, Onelee (Rich) Erickson; children, Blake, Cole (Tara), Brooke (Matt), Paige (Justin).

A Celebration of His Life will be held at a later date.

To order memorial trees or send flowers to the family in memory of Peter Karwoski, please visit our flower store.