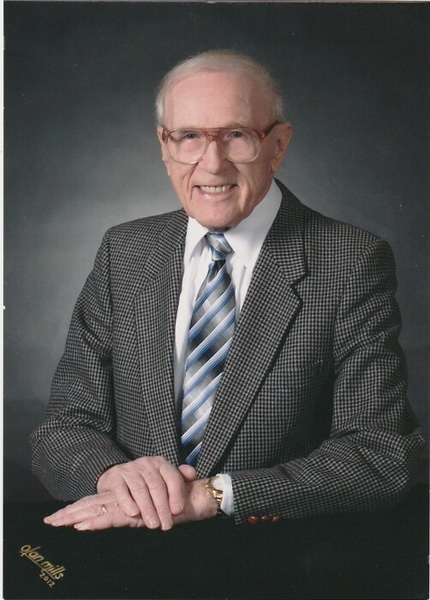 Per was born in Rjukan, a small but important town in the middle of Southern Norway.  Nearby was a giant waterfall that was used to generate power that in turn was used to make fertilizer. Per’s father, Carl Fridolf Larssen, worked as a chemist at Norsk Hydro.

Per attended Oslo University studying chemistry with a focus on crystallography and achieved the equivalent of a PHD in Chemistry. He applied to MIT and was accepted with “advance standing.” He did not go to MIT but in 1953 was sponsored to come to the USA where he began working in the Chicago area in chemical research.

While working on the Northwestern University campus Per was invited to a post-college ministry where he met a beautiful Norwegian/Swedish lady, Ruth Peterson from Wyoming, Minnesota. Per and Ruth quickly developed a strong, Christ-based relationship and were married on November 4, 1954, at North Park Covenant Church in Chicago.  Shortly after they were married Per accepted a job near Las Vegas where he worked for a couple years before moving to Southern California where he worked until he retired in the early 1990’s. Following his retirement Per became a licensed real estate broker. Ruth worked as an administrative assistant to Christian ministry leaders. Per and Ruth had no children. Ruth passed away on May 3, 2011 and Per on January 10, 2021.

Per had a strong Christian faith and spent much time researching Young Earth Creation, writing many articles on the subject, and publishing a book in Norwegian. He was well known in creation ministries and spoke and debated many times defending the creation of all things by an omnipotent God. Per published many chemistry related papers and was holder of a patent. He was a strong pro-life advocate for the unborn.

To order memorial trees or send flowers to the family in memory of Per Larssen, please visit our flower store.