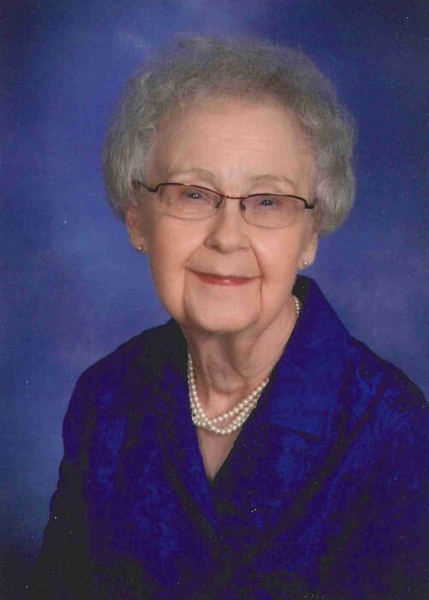 Pearl O. Lee passed away peacefully, surrounded by family on May 4, 2021 in Chisago City, Minnesota. She was 94 years old.

Pearl was born March 14, 1927 on a farm near Nome, ND to John and Gorda (Barstad) Brendmoen. She attended the country school until her family moved to Valley City. There, she graduated from College High. On March 25, 1949 she married the love of her life, Vernon Lee. The couple lived in Grand Forks until the flood of 1997, when they moved to Fargo. They were married nearly 55 years. Pearl moved to Chisago City, MN in 2018.

Pearl worked as a bookkeeper for Sears in Valley City and K-Mart in Grand Forks. She was meticulous and could balance those books like on one else. She was also a talented seamstress, sewing everything from wedding dresses to suits and countless pieces of clothing for her children and grandkids. The perfectionist she was, would often create her own patterns. Her family treasures every piece she sewed for them. After retiring, she decided to take a part time job at Schroeder Junior High School. Students and staff loved her just as everyone she met.

Pearl’s pride and joy were her children, grandchildren and great-grandchildren. She would drop everything to spend time with them, often entertaining with her crazy dancing and funny expressions. Her soft and kind heart touched everyone she met.

As a member of St. John Lutheran Church, Pearl was a quilter and served on numerous committees.  She was well-known for her sense of humor, in which subtle one-liners were followed by a sweet little smirk and twinkling eyes. She also loved watching Twins baseball and Vikings football along with any sport or activity her children, grandchildren and great-grandchildren were involved in.

To order memorial trees or send flowers to the family in memory of Pearl Lee, please visit our flower store.