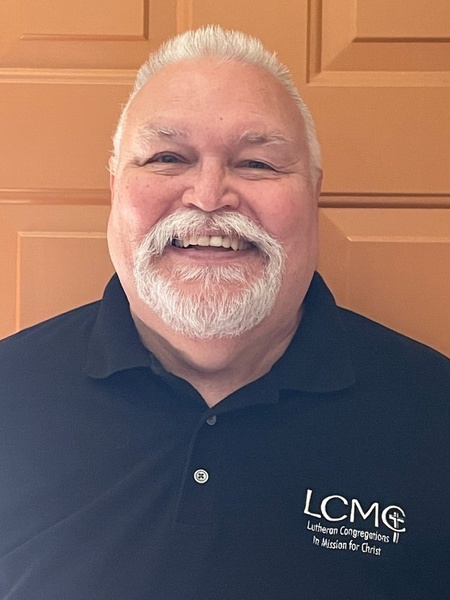 Paul David Fiske was born on August 11, 1953 in Rugby, ND.  He attended grade schools in ND and St Louis MO.  He graduated from Maine East High School in Park Ridge IL in 1971. He attended Dana College in Blair NE for 1 year and then went back to Park Ridge to work at Lutheran General & Deaconess Hospital, where he met Becky, who was a student nurse there. After meeting Becky, he attended Wartburg College in Waverly IA. They were married in Saginaw MI on June 30, 1974. He graduated from Wartburg with a History major and Art minor in Dec 1975 and joined the US Army in January 1976. He went to boot camp at Fort Dix NJ and AIT in Fort Polk LA. He suffered a shooting accident shortly after that and was medically discharged in 1977. He had many different jobs along the way including milking cows, driving a school bus, selling cars, selling guns, working in the oil fields, insurance adjusting, and deputy sheriff before going to seminary. He attended Luther Northwestern Theological Seminary in St Paul MN from 1986-1990. He was ordained on October 27, 1990.  Paul served congregations in Halliday ND, Marshall ND, Mandan ND, Gruver, TX, McGregor, TX and Waco, TX.

Paul loved preaching and teaching the Word of our Lord and working with youth. But even more than that, he loved spending time with his sons, daughters-in-law, and especially his grandchildren. He loved horses, hunting and shooting.

Paul had an infectious smile and could talk to anyone about anything. He loved to brag about his kids and grandkids and show pictures to everyone.

Funeral Services will be held at 11:00 a.m., Friday, November 5, 2021 at Lord of the Lakes Lutheran Church, 25402 Itasca Ave North, Forest Lake, Minnesota.  Visitation will be held from 5:00-7:00 p.m., Thursday at Mattson Funeral Home, 343 North Shore Drive, Forest Lake; and one hour prior to the service at the church.  Interment at Salem Lutheran Cemetery, North Branch, Minnesota.  Memorials can be sent to Salem Lutheran Church of Oxford in North Branch, MN for their hymnal fund or a charity of your choosing.

To order memorial trees or send flowers to the family in memory of Paul Fiske, please visit our flower store.