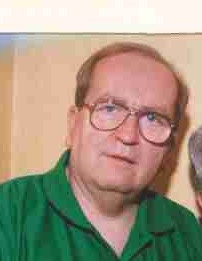 Orrin S. Nordby, age 72 of Forest Lake, Minnesota; formerly of Blair, Wisconsin, died Monday, August 22, 2022.  Orrin was born August 4, 1950, in Minneapolis, Minnesota the son of George and Sylvia (nee Knutson) Nordby.  He graduated from Minneapolis Central High School, Class of 1968.  Following graduation, Orrin along with a couple of friends took a road trip to visit the great state of Nevada and try their hand at the casinos.  They were sorely disappointed to be asked to leave, due to being underage.

He was drafted in the United States Army, where he began his love of public service as a Military Police Officer, stationed in Italy.  Following his honorable discharge, he returned to Minnesota at attended school at Rasmussen College of Business.  Orrin was employed as chief of police for Green Isle, Minnesota for several years before moving to the “big town” of Gibbon, Minnesota.  During his career in law enforcement, he was also a member of the Gibbon Fire Department.  Additionally he was a proud member of the Gibbon American Legion Post 0226

While on a blind date, set up by his sister, Linda, he met the love of his life, Josephine Kissinger.  Together they raised three children and celebrated almost 32 years of marriage.  It was Orrin’s humor, loving personality and devotion to his family that made those years fly by.  They made their home in Gibbon for most of their marriage, upon his retirement from community service they moved to Nevada for 15 years before returning to Minnesota.  While in Nevada he worked as a security officer for the MGM Casinoo. The last five years were spent in Forest Lake.

Interment will be held at Fagernes Lutheran Cemetery, Blair, Wisconsin.

To order memorial trees or send flowers to the family in memory of Orrin Nordby, please visit our flower store.