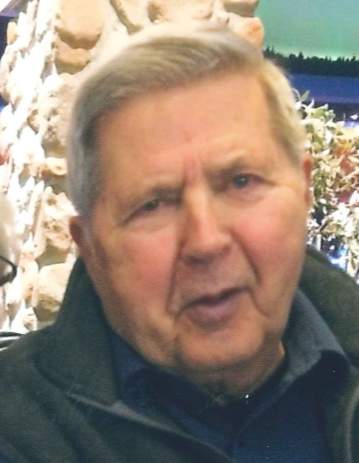 He was born on a farm near Winger, MN, to Agnes (Hogenson) and Ole D. Messelt, the youngest of seven children.  As a youth he enjoyed baseball, basketball, and began a lifelong interest in golf.  Starting his education in a one-room school house, he graduated from Win-E-Mac High School in 1955.  After high school, he worked as a telegrapher for the Soo Line Railroad.  At the age of 25, he enrolled in the University of Minnesota and graduated with his Doctorate of Dental Surgery in 1968.  He established his dental career in Forest Lake in 1969.  After many years in the Forest Lake area, he retired from his practice, and served as a dentist to the community in senior care facilities, schools, and the Oak Park Heights Correctional Facility.

In 1958, Noel married his high school sweetheart Sharon Knudson in McIntosh, MN.  Initially residing in Thief River Falls, they settled in the Twin Cities with their two children, and soon added a third.  They called Forest Lake home for over 45 years, later moving to North Branch. Above everything, Noel loved spending time with his family, loving and caring for, and laughing with them his whole life.

Noel was a die-hard, but anguished, Minnesota sports fan.  He spent his life dedicated to the outdoors, hunting and fishing whenever time allowed.  He was an avid golfer, but didn’t boast about being a one-time club Champion, and two-time Sr. Champion at Forest Hills.  Nor did he like to mention his two hole-in-ones.  He was an active member of the community with Faith Lutheran Church, Forest Lake youth sports, and spent many winter nights flooding local hockey rinks.

A Memorial Service will be held at 11 AM, on Tuesday, June 28, 2022, at Faith Lutheran Church, 886 North Shore Drive, Forest Lake, MN. Family will be greeting friends one hour prior to the service at the church.  For those unable to attend, Noel's service will be livestreamed at https://player.cloud.wowza.com/hosted/w1vgpsbr/player.html Noel will be interred at Storelvedalen Cemetery, Winger, MN at a later date.

The Messelt family thanks the St. Croix Valley Hospice team and the nursing staff at Parmly on the Lake for their loving care.

To order memorial trees or send flowers to the family in memory of Noel "Jim" Messelt, please visit our flower store.