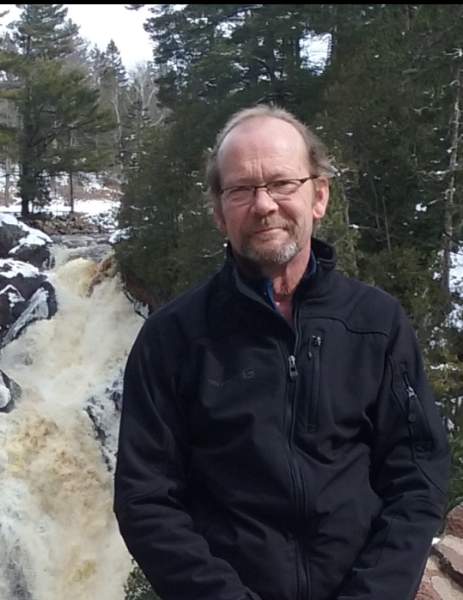 Michael "Mike" Carl Runtsch (63) was born on February 1, 1956 in Austin, MN to Lawrence "Larry" and Margaret Runtsch. After a brief journey with cancer, he went to live with the Lord on August 29, 2019 at 7:00 a.m. in Forest Lake, MN.  He will be remembered as a very adventurous and supportive dad, husband, brother, and son.  Mike married Diane M. Johnson on April 22, 1978.  Together they lived in Duluth, MN, Lake Elmo, MN, and finally made Forest Lake, MN their home. He worked for Holiday Station Stores in various management roles, including District Manager, for almost 40 years.  Mike is survived by his parents and his four brothers: Steven (Sheri), Joel (Debbie), Randy (Kazumi), and Timothy (Ann). Mike attended St. John’s Lutheran School through his childhood. He graduated from Austin High School in 1974 and attended Austin Community College where he was Student Body President.  Mike and Diane were blessed with three sons: Kyle (Cathy), Brendt (Vanessa), and Nathan. Mike was a proud grandfather of Kyle and Cathy’s two children: Logan (16) and Keely (10). Mike dedicated many years coaching and cheering on his boys in both hockey and baseball. He enjoyed camping, fishing, and hiking. His favorite memories included annual trips to the Boundary Waters Canoe Area with his brothers. But most important to Mike was spending time with his family, whatever the activity.  We will remember Mike for his passionate ideas, his admirable storytelling, his awesome naps, his unique coin collection, and his quirky Grinch memorabilia. We will also hold dear to our hearts Mike’s best days when we got to spend it with him in nature: hiking and boating, fishing, and singing camp songs by the fire.

He was preceded in death by his brother, Terry Runtsch.

Celebration of Life will be held at 5 p.m. Monday, September 9 at Mattson Funeral Home, 343 N. Shore Drive in Forest Lake, MN.  Family will greet friends from 6 -8 pm with time of sharing at 7 p.m.

To order memorial trees or send flowers to the family in memory of Michael Runtsch, please visit our flower store.