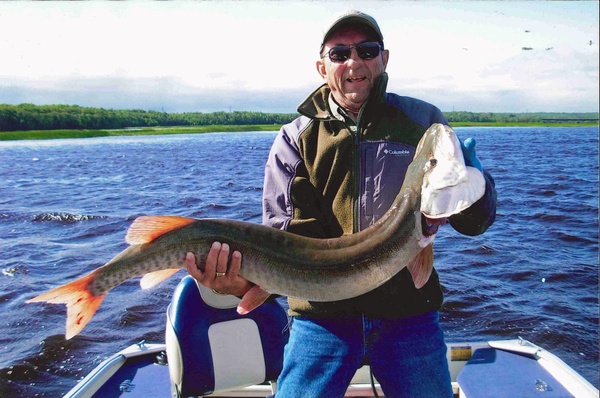 Heaven has called home our fishing guide extraordinaire.  After battling numerous health issues with a warrior's spirit, Michael T. Kane is now home. He passed away at the age of 82 at home while surrounded by family & blanketed in love by the ones whose lives he impacted the most on Wednesday, December 16th, 2020.  Michael was loved by so many, including; his loving & caring wife Lena, children Chris, Shauna (Joe), Brett (Susan), Trista (Brian), Kara (Adam) & brother Charles (Sue) & sister Paula, along with his grandchildren: Corey, Caylee Connor, Kole, Preston, Claira, Jack, Ture & Willow. He was preceded in death by his mother Doris, father Paul, & brother Richard.  Michael was born on August 31, 1938 in Rockford IL to Doris Kane. He started off painting with his grandfather at a young age & eventually became a district manager for Mautz/Sherwin Williams Paint for 37 years. Michael had a love for golfing, sport watching (especially Da Bear’s), hunting & being the family’s favorite fishing guide. He will be deeply missed by all those who knew him.  A private service is being held for family and celebration of life to be held at a later date for all.  A special thank you to Dr. Mark Weber & nurse Mary Gilbert at Kidney Specialist of MN for their constant care & compassion for both Michael & Lena.

To order memorial trees or send flowers to the family in memory of Michael Kane, please visit our flower store.