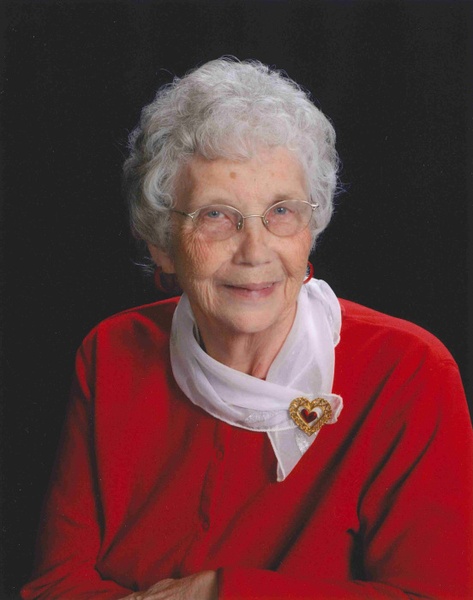 Marlene A. (Antonson) Klister, age 84 of Wyoming, Minnesota, formerly Cloquet left this earth for her heavenly home on November 14, 2018 while at Ecumen North Branch Nursing Home. She is preceded in death by her parents.  She is survived by her husband, Dayle C. Klister; daughters, Pamela Stroh, Karen (Jon) Thorell; son, Kevin Stroh; step-daughters, Cheryl Tiessen, Debra Patterson and Brenda Widell; step-son, Bobbie Klister; grandchildren, Tahna Hillstrom, Shane Antonson and Rochelle Peace; many step-grandchildren; great-grandchildren; and other family and friends.  Marlene graduated from Cloquet High School in 1952 and at the age of 19 she moved to Minneapolis to attend North Central Bible College; while there she met and married (1956-1970) Earl J. Stroh. They had three children, Pamela, Kevin and Karen.   She spent from 1970-1977 with Ned Thomas and a brief marriage ended in divorce.  In 1977 she met Dayle Klister to whom she remained married to until her death. Dayle and Marlene spent many years in apartment management in various locations throughout Minnesota.  It was here that she stated she “found her mission field.” There was nothing that brought her greater joy than serving people, sharing the Good News and love of Jesus that she had in her heart.In September 2007 she proudly became a member of Maranatha Assembly of God Church in Forest Lake. She spent many Fridays preparing the bulletins for Sunday’s services and loved attending the women’s fellowship and Bible studies. In the fall of 2013, at the age of 79, she fulfilled a lifelong goal of overseas missions when she and her granddaughter, Tahna, went to Africa. While there, she went on a safari. Also, partnered with Prepare the Way Ministry, prayed for and blessed many children who affectionately referred to her as “Jaja” meaning highly honored.  Her favorite pastime was sending out cards, balloons and well wishes. All of which were lovingly peppered with stickers, Bible verses and encouraging words. Whether greeting or departing from her, a hug was a must. Although Marlene moved many times she reminded us all “my house is in heaven, a mansion over the hilltop”.  She was loved dearly and will be deeply missed by all who knew her.   Special thanks to Karen LaBore, Ecumen North Branch and Hospice for all the tender care in her last days.   Memorial Services will be held at 10:00 a.m., Saturday, December 1, 2018 at Maranatha Assembly of God, 24799 Forest Blvd North, Forest Lake. The family will greet friends from 9 am until time of service. Private interment at Esko Apostolic Lutheran Cemetery, Esko, Minnesota.

To order memorial trees or send flowers to the family in memory of Marlene Klister, please visit our flower store.