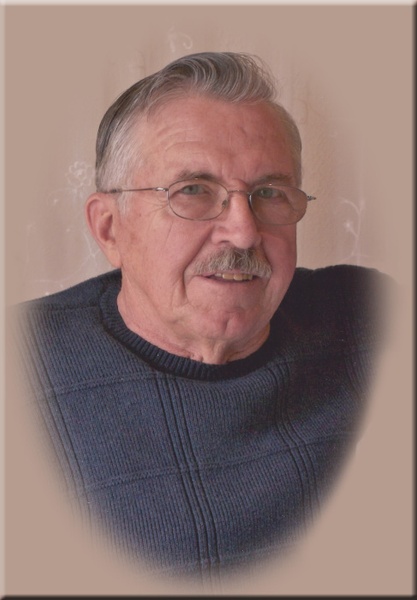 Louis Larkey, age 80 of Scandia, Minnesota passed away on August 2, 2019. “Louie” was born in St. Paul, Minnesota on May 5, 1939 to George and Emma Larkey.   He had three brothers and one sister.  (John, George, Richard and Rose Marie) Louie was the third from the oldest sibling.

He graduated from Johnson High School in St. Paul in 1957.  He was always very proud of the hockey team Johnson had.  Herb Brooks was a member of the hockey team and he was proud of that.  His first job was with Art’s Towing of St. Paul and I think he worked there about seven years.  He even had to pull cars out of one of the lakes now and then.  A short time later he started working for Cenex in Inver Grove Heights.  He worked there for over 40 years.In about 1959-1960 he met his wife, Marilee Cohoes of Forest Lake, MN. The wedding was June 30, 1962 at Elim Lutheran Church in Scandia.

In the first couple of years of their marriage they had the opportunity to buy a house that was to be moved.  The cost of the house and setting it up on Broadway in Forest Lake was quite reasonable and they were very lucky.  Louie worked probably the hardest in his life during the time of buying and setting up that house.  They lived there in Forest Lake for 12 years.

At that time businesses were coming in along Broadway in Forest Lake, Louie and Marilee had a chance to sell their house and then buy some property in Scandia.  Their property is on Highway 97 set off the highway.  Marilee is still living in that house today - 45 years later.

Louie and Marilee  did a lot of traveling as well as camping.  They visited all 50 states including Hawaii and Alaska.

One of his most told stories’ the whole family was so sick of hearing was his infamous Cadillac story. He bought this Sedan Deville with the gold trim and all in Palm Springs, California.  Before he got it home someone had backed into it at a gas station. It was His favorite car. It sat at the house for years after it was no longer road worthy. Todd called a junk yard to pick it up with some others, Louie was having a fit and only accepted it finally after we pulled off the gold hood ornament and some other emblems. He never did like to get rid of things he had attachment to or thought he could sell for some fictitious price.

Memorial Service will be held at 11:00 a.m., Tuesday, August 13, 2019 at Elim Lutheran Church, 20971 Olinda Trail North, Scandia.  Visitation will be one hour prior to the service at the church. In lieu of flowers, memorials may be directed to the Parkinson’s Foundation.

To order memorial trees or send flowers to the family in memory of Louis Larkey, please visit our flower store.