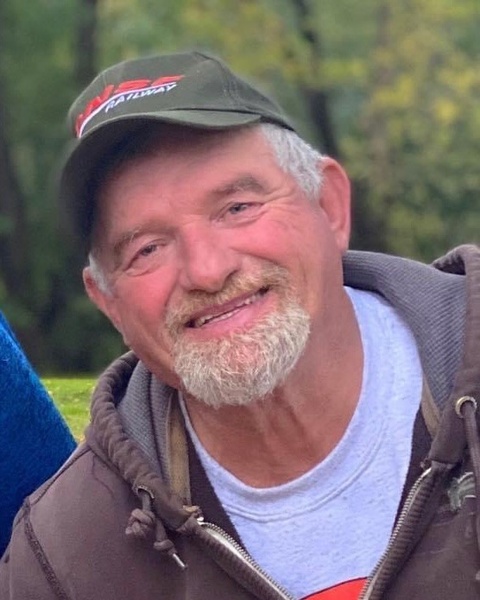 On Tuesday, October 4, 2022, Loren Edward Insley II, a beloved husband and father, passed away at the age of sixty-nine.

He is preceded in death by his father, Loren Insley; mother, Ferne Insley and sister, Gloria Insley. He is survived by his wife, Marta; daughters, Bridget (Tyler Forman) and Blair (James McGath) and grandchildren, Henry, Eva and Lindy.

Loren enlisted in the United States Navy at the age of eighteen and served his country in the Vietnam War where we was awarded a National Defense Service Medal and a Bronze Star. He then went on to enlist in the United States Coast Guard where he was awarded both the Antartic Service Medal and Arctic Service Medal. While in the USCG stationed in Bayfield, Wisconsin he met his soulmate, Marta and eventually left the military to pursue a different career and start a family.

He retired from BNSF Railroad as a pipefitter in 2012 and he and his wife moved to the place where they met in Bayfield, Wisconsin. Since then he has enjoyed diving into his collection of books, boating around Lake Superior, socializing with all of his neighbors and spending every spare minute with his wife of 43 years, daughters and grandchildren. He became an avid golfer with his proudest moment being a hole in one at Castlewood Golf Course in Forest Lake, Minnesota. He also had a passion for Veterans and Veterans Affairs. Loren served as the commander of Forest Lake VFW Post 4210 for two years, was a member of VFW Post 8239 in Bayfield, Wisconsin and was a member of the Honor Guard at both posts.

Loren was a devoted husband, father and papa and will be deeply missed by all who knew and loved him.

A memorial service will be held at 4:00 p.m., Tuesday, October 11, 2022 at Mattson Funeral Home, 343 North Shore Drive, Forest Lake.  The family will greet friends one hour prior to the service at the funeral home.  A gathering will continue after the service at VFW Post 4210, 556 12th Street SW, Forest Lake, Minnesota.  Private interment at Fort Snelling National Cemetery, Minneapolis, Minnesota.

In lieu of flowers the family asks that those who are able, make a donation to Forest Lake VFW Post 4210 or VFW Post 8239 - Dwayne Soulier Memorial Post.

To order memorial trees or send flowers to the family in memory of Loren E. Insley II, please visit our flower store.