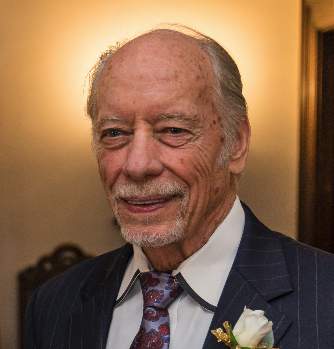 Kenneth “Ken” McIntosh, age 82, of Columbus, took his last breath on June 7th, 2021, after suffering from a stroke May 7th, 2021. Ken was born May 29th, 1939 in West St. Paul. Being born during the great depression shaped Ken’s future years with a lifetime of frugality that bordered on cheap. Although he enjoyed nice things, he wore shoes until they had holes or until one of his kids threw them out without his knowing. He picked up everything that was labelled “free” on the side of the road and kept anything that was broken because he “might need it one day”. As true to form, his last words on this earth were “No, don’t call the ambulance, they’ll charge 5 grand”. In his early years he was in every (legal) sense of the word, a hustler. He did just about every type of job to earn a buck. He joined the National Guard when he was 17 (Mysteriously, they thought he was 18), sold pots and pans door-to-door, and owned a bar for a year until he “couldn’t handle the drinking anymore”. He even dabbled as an amateur boxer taking home a MN Golden Gloves title. By the time he was 30, he found Jesus and fell into the insurance industry. He operated under several agency names before purchasing “UniDale Insurance” in 1985. Ken worked almost every day up until his death and every time someone asked when he was going to retire, he responded with “Retire? But I’m not tired”. Ken loved his clients and rare was the day you could come into the agency and escape without him bringing up religion or politics but if you were going through a hard time, he would do his best to encourage you and say “if God is for you, no one can be against you”. Ken is preceded in death by his parents, Harold and Dorothy, and brother Gordy. He is survived by his 9 children, Richard, Eric, Brett, Rebecca, Corey, Kristin, Sean, Daniel, Angelica, and his Sister Janice.

A celebration of life will be held 5-8pm, on Friday, July 9th at Jimmy’s Event Center, 3565 Labore Rd, Vadnais Heights.

To order memorial trees or send flowers to the family in memory of Kenneth "Ken" McIntosh, please visit our flower store.