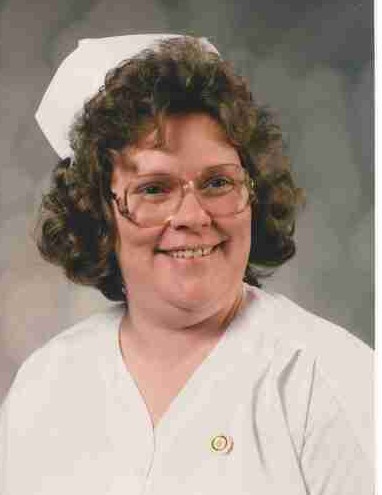 Joyce Barnes, age 64, of Wyoming, Minnesota died, Tuesday, July 19, 2022.  Joyce was born March 24, 1958, at Mounds Park Hospital in Saint Paul, Minnesota the daughter of Ernest and Arlene (nee Fish) Anderson.  She attended Stillwater High School.  Following high school, she worked as a phlebotomist and nursing aide, before moving to Colorado.  While living in Colorado, Joyce worked at a 7/11 convenience store where she survived an armed robbery; she was quite proud of sharing that story with family and friends.

She returned to Minnesota and began her family.  While raising her two children she reconnected with her passion of caring for others and enrolled at Bethel University.  She graduated in 1993 with a Bachelor of Nursing.  Her ability to complete the rigorous training was an encouragement to those around her.  She began her career in Chattanooga, Tennessee in the Neonatal Intensive Care Unit.  Her career spanned several decades serving critically ill children throughout the metro

Joyce was united in marriage to the love of her life, Christopher Barnes on April 21, 1996, at the Como Park Conservatory.  They made their home on the East Side of Saint Paul for several years, before moving to Wyoming, Minnesota.

In her free time, Joyce enjoyed quilting and shopping.  She loved to learn and was always seeking ways to increase her knowledge of everything.

She is preceded in death by her parents; brother, Ernest.  She is survived by her husband, Christopher; children, Kimberly Morrison, Robert Boerjan; grandchildren, Zachary Anderson, Emily (Chris) Switzer, Tristan Anderson; other family and friends.

To order memorial trees or send flowers to the family in memory of Joyce Barnes, please visit our flower store.