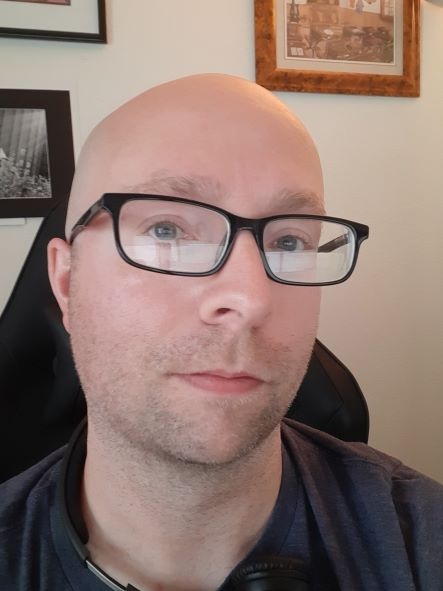 Jonathan Francis Smith Mikres, Sr. IT Administrator and lifelong resident of Minnesota, passed away unexpectedly on December 27, 2021 at the age of 39.

Jon was born in St. Paul, MN on July 29, 1982.  He graduated from White Bear Lake High School in 2001.  Jon continued on to graduate with a Bachelor of Science from Buena Vista University in Storm Lake, IA in 2005.  He married his life partner on February 15, 2014.  They then adopted their precious cat (as their child), Sydney, shortly after.

Jon had a love for music at an early age. He became a DJ in college, was an avid video game enthusiast, and loved Sci-fi.  He and Elrico were devoted DJs in the Twin Cities area. They hosted several events including a night called “House Therapy.”  There they hosted hundreds of local and national DJs to perform on the stage presenting various forms of House and Dance music.

Jon was a quiet, passionate man who led with his heart and integrity.  Devoted to his work and his family, he was a problem solver who often took on difficult and unwanted projects and tasks at work and home.  He will be deeply missed by his family, friends, co-workers, and all who knew him.

A Celebration of Jon's Life will be held at 12:00 PM, on Wednesday, January 5, 2022, at Mattson Funeral Home, 343 North Shore Drive, Forest Lake, MN.  Family will be greeting friends two hours prior to the service at the funeral home.  Burial at Union Cemetery will take place in the spring.

To order memorial trees or send flowers to the family in memory of Jonathan "Jon" Mikres, please visit our flower store.