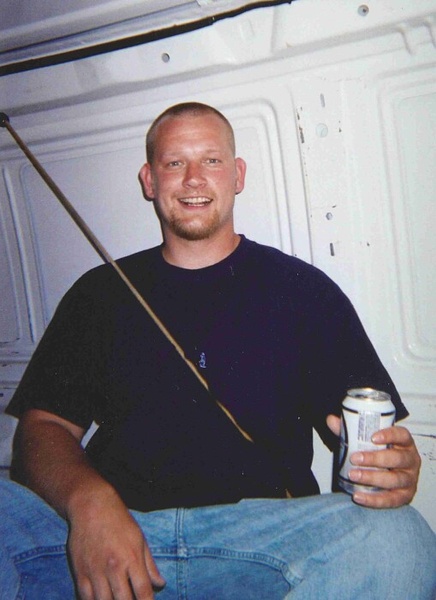 Jeffrey Allen Bailey, age 40, of Wyoming, Minnesota was called home to be with the Lord on Sunday, June 5, 2022.  Jeff was born February 12, 1982, in Saint Paul, Minnesota.  He was a graduate of Forest Lake High School, Class of 2000.  He worked for several years at Savoy’s and Warners’ Stellian; in addition to helping his dad at Absolute Quality Painting.  Jeff was united in marriage to Siri Shostedt on October 11, 2012.  Jeff was an amazing husband, son, brother, uncle and friend.  He loved life; he lived his life by his most famous quote “Life is like a roller coaster”, Jeff truly enjoyed the ride (even at 125mph).

He loved being at the cabin where he could have nightly bonfires, go boating, and be with his family.  He also loved camping, golfing, grilling and smoking meat, cooking and creating his own recipes, playing cards, especially blackjack/Texas Holdem and trips to the casino.  In his downtime, he loved chilling on the couch with Siri, watching movies and the Food Network.

Jeff is preceded in death by his grandparents; mother-in-law and father-in-law, Bonnie and Gary Shostedt; his beloved dog, Maddie.

“Jeff, may peace be with you always and forever, lots of hugs and kisses until we meet again.”

Jeff had a favorite tattoo called Veni-Vidi-Vici, which his family feels sums it all up “I came, I saw, I conquered.”

To order memorial trees or send flowers to the family in memory of Jeffrey Bailey, please visit our flower store.