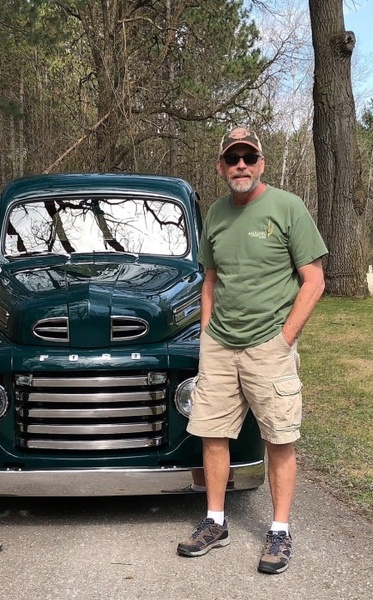 James “Jim” Wallar, long-time resident of Columbus, MN, passed away peacefully surrounded by his family on February 7, 2020 at the age of 65.  Jim was born in Minneapolis, MN, the second child of Mary (Webster) and William Wallar, and grew up in Richfield, MN with siblings Michael and Karen.  Jim joined the Army in 1971, completing his basic training at Ft. Ord in California before being stationed at Ft. Sill in Oklahoma and Babenhausen, Germany.  Upon his honorable discharge from the Army in 1974, Jim returned to Minneapolis.  In 1975 he met his future wife, Jill Rice, and on October 29, 1977, they were united in marriage at St. Ann’s Catholic Church in Slayton, MN.  The couple settled in Minneapolis and later in Lino Lakes and finally in Columbus where they raised their two children, Erin and Kevin.  Jim worked in manufacturing for most of his adult life, first as a production manager for Micom Corp. of New Brighton, MN, and later as a quality manager for Lindstrom Metric, Inc. of Blaine, MN.  Jim enjoyed being involved with the kids’ sports and activities and spent many years coaching their softball, baseball and basketball teams as well as serving as den leader for cub scouts.  He was a jack-of-all-trades and could fix just about anything.  He loved the outdoors and spent time clearing trees and brush from his property so he would have a better view of the wildlife that roamed around.  Jim had many hobbies over the years including hunting, fishing, motorcycle riding and classic cars.  He loved going for rides on his Harley and he and Jill took many trips over the years.  His latest passion was driving his 1948 Ford F-1 truck and entering it in car shows where he won several awards and trophies.  Jim was a proud vet and a member of the MN Patriot Guard, participating in over one hundred processionals for fallen vets and paying tribute at their funerals.  For the last six years Jim and Jill spent winters in Tucson, AZ where they loved to hike, play pickleball, bocce ball and where they made many friends.  Jim was a fair man, a great story teller, a good friend to many but most of all he was a loving husband, father and grandfather.  He was so very proud of his children and grandchildren.  He loved taking summer camping trips with his family and having the grandchildren spend time with him and Jill in Minnesota during the summer.  Jim is preceded in death by his mother, Mary Jason; stepfather, Harlan Jason; father, William; stepmother, Charlotte, and sister, Karen Wallar.  Jim is survived by his loving wife of 42 years, Jill, and their children, Erin (Dustin) Trujillo and Kevin (Ashley) Wallar; seven grandchildren, Caslynne, Kinsey, and Emery Trujillo; Grace, Madeline, Waylon, and Emma Wallar; brother, Michael (Jami) Wallar; many nieces, nephews, family members and countless friends.

A celebration of Jim’s life will be held at 11:00 a.m., Wednesday, February 12, 2020, at Mattson Funeral Home, 343 North Shore Drive, Forest Lake, MN 55025.  Family will greet friends one hour prior to the service.  Interment will be held at 11:00 a.m., Thursday, February 13, 2020 at Fort Snelling National Cemetery.  In lieu of flowers, please consider a donation in Jim’s honor to either the Forest Lake American Legion Post 225, 355 W. Broadway Ave., Forest Lake, MN 55025; or the Minneapolis VA Health Care System, Voluntary Services 135, 1 Veterans Dr., Minneapolis, MN 55417.  Donations to the Minneapolis VA Health Care System support many causes for veterans including housing and physical and mental health.

To order memorial trees or send flowers to the family in memory of James "Jim" Wallar, please visit our flower store.