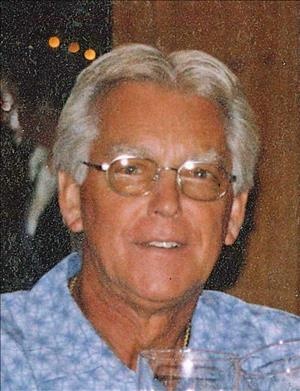 James Paul Ralidak was born in Duluth on April 15, 1944 to Peter and Margaret Ralidak. He grew up in Meadowlands with his three sisters Carol, Mary, and Barbara, and his brother Dan. James graduated from Toivola Meadowlands High School in 1962.

James moved to the Twin Cities to start his career in the packaging industry. He resided in Wyoming, MN and had three beautiful children: Kristi, Scott, and Jason. The neighborhood was what every neighborhood should be- fun, friends, and parties. Playing horseshoes and having a beer after work with Charlie and Dave was a daily ritual. James began his career at Delkor industries and moved on to Doboy Packaging Machinery (Bosch) as Sales Engineer.

James would often take fishing trips to Lake of the Woods with his brother Dan. Sometimes the boat never made it into the water. There were many trips throughout the summers to South Dakota with Bill, Larry, and Scott for walleye fishing. Then in the fall, time was spent pheasant hunting and bow hunting and into rifle hunting for the big buck. Bunny hunts in the spring were also a favorite, but not that many bunnies were actually hunted. It was mostly Bloody Mary time. All in all, you could say James was an avid hunter and fisherman. He believed strongly in the right to bear arms. He enjoyed time spent with his sons Scott and Jason, passing down his knowledge of hunting. There was a moose hunt in Canada and an elk hunt in New Mexico. James and Kathy took many winter vacations to Jamaica, Punta Gorda, Puerto Plata, and Baja, CA. During these trips, a couple blue marlin made it into the boat. A trip to Alaska was the ultimate adventure when they took a helicopter ride that landed on the glaciers. The catch from that trip included many halibut. At this point, James decided he had enough flying, so the winter trips in January and February were by car to Florida.

James couldn't wait to retire so that he could live by his motto "Life is short. Hunt/fish hard." His motto was even the decal on the side of his signature red Ford F150. A fishing cabin on the Missouri River in South Dakota was purchased and enjoyed as often as possible. The grandsons looked forward excitedly to their annual fishing trip with Grandpa, as did the sons and son-in-law for their annual trips. James totally loved spending time with his nine grandchildren. Fishing trips were also enjoyed with friends Charlie and Dave. When they wanted some real fun, the wives were included, mostly for the good cooking. On occasion, the wives outfished the men. Some very nice walleyes were pulled from the Missouri but no northerns or catfish were allowed to stay in the boat. They were thrown back for Mike and Mary to catch.

If James and his friends weren't fishing, they were playing cards. His favorite games included 31, 65, and pinochle. James was the life of the party, with a laugh that everyone loved. Even in retirement, he was still in "engineer mode," always thinking of innovative ways to make things bigger and better. James designed and built bear-proof bird feeders, as well as a Deer Dressing Buddy. He was always willing to take on any project, such as designing the perfect closet organizer or building a plant stand for his stepdaughter LeeAnne. James was proud to be a Ford man, and he especially loved his Mustang convertible. James and Kathy's children together included their English Setter Korbel of twelve years and their recent addition Kip, a soft coated Wheaton Terrier.

The last five years were difficult for James. Many trips to the Mayo Clinic and hospital stays were becoming the norm. He tried not to let it slow him down and kept as active as possible by caring for his 60 acre property. James was a farm boy at heart and was truly happy driving his tractor, mowing the lawn, gardening, planting food plots, and riding his side by side through the woods.

"Take my hand, God, and I will follow. I will always love you."

To order memorial trees or send flowers to the family in memory of James Ralidak, please visit our flower store.