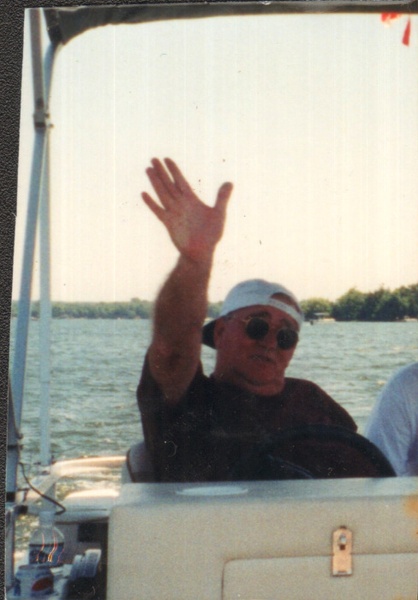 James E. “Jim” Bacigalupo, age 80, of Forest Lake, Minnesota, died Sunday, June 2, 2019 after a long illness with copper myelopathy.  Jim was born April 26, 1939 in Saint Paul, Minnesota to John and Fern (Leischer) Bacigalupo.  Raised in a devout Catholic family, Jim served as an altar boy for daily mass at Nativity of Our Lord Catholic Church during grade school.  He graduated from Cretin High School, Class of 1957, and enlisted in the United States Air Force where he was stationed in Spain. Following his honorable discharge, attended the University of Minnesota.  In 1964, he was united in marriage to Kay Ryan and together they had four children, Anne, James Jr., Tom and Sarah.  Jim worked in sales for the majority of his working career and served as President of Hoyle Playing Cards.  During the past fifteen years of his life, Jim suffered from the pain of his illness, but through prayer and his faith, he rarely complained and held true with his positive spirit. Jim is preceded in death by his parents and daughter, Sarah in 1972.  He will be deeply missed by those who knew and loved him including his loving wife, Kay; daughter, Anne; sons, James Jr. and Thomas (Stephanie); grandchildren, Omar, Zachary, Jacob, Alex, Timmy, Andrew, Nicholas; brother, Richard (Carol); sister, Marilee (Charles) and many friends and relatives.

To order memorial trees or send flowers to the family in memory of James Bacigalupo Sr., please visit our flower store.