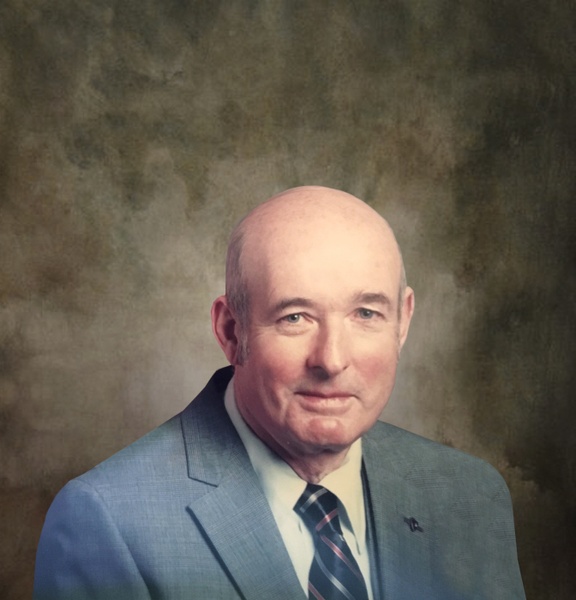 Lifelong woodworking artist and proprietor of McGowan Cabinet Company, known these past seven decades as “The Last of the Old School Craftsmen,” died peacefully on May 5, 2018, age 93, surrounded by his loving family. Jack began his woodworking in 1936 at the age of eleven on a lathe in the basement of the family home. During WWII he served in the Navy, with honorable discharge, and then worked in arms production facilities of Honeywell and A.O. Smith in Minneapolis, where he learned the machinist’s trade. Preferring wood to metal, in 1947 Jack established McGowan Cabinet Co. in a Forest Lake garage, as the first business in the region to specialize in custom cabinetry. Within twenty years, through his creativity and mechanical inventiveness, his company diversified into a variety of specialty wood products including oval and circle picture frames and straight and curved wood moldings. On June 11, 1952 he married his love, Eleanore Mary Osterbauer, eloping to a small Wisconsin chapel. They built their home in Forest Lake in 1958 where the couple raised two boys and resided for the remainder of their 66-year marriage. Jack never retired and continued to actively operate the woodworking business until his death, becoming the longest practicing professional wood turner on earth. He turned over a million wooden oval picture frames, and produced decorative moldings in quantities enough to circle the earth many times. With ceaseless passion for fine craftsmanship, Jack worked every spare hour honing his chisels and his craft, carving and turning in his home shops. Additional interests included early American furniture and Scandinavian folk arts of which he produced a rich variety, including carving hundreds of human figures. Norwegian style ale bowls turned by Jack are preferred by many rosemaling artists for their fine attention to detail, with many being exhibited at, or in the collection of, Vesterheim Norwegian American Museum, American Swedish Institute and other venues. Jack collaborated on many artistic projects with renowned woodcarvers Chris Steiner, Ulrich Steiner, Jr., Charles Jahn, Hans Sandom, Jock Holmen and, notably, Leif J. Melgaard, who inspired Jack with great interest in Norwegian woodcraft, history and language. Jack also admired and collaborated with many of the nation’s finest rosemaling artists, particularly the circle of Vesterheim Gold Medalists, often exchanging turned bowls or other items of woodcraft for painting. He is preceded in death by his parents, mother, Rose Emma (Rubis, McGowan) Pederson (1903 – 1980), father, Dean C. McGowan (1902 – 1931), step-father, Idor A. Pederson (1900 – 1998), loving grandparents, John and Jennie Mae McGowan (1870 – 1961, 1877 – 1959), as well as brother, Richard Dean McGowan (1927 – 1992); sisters, Maxine Carver (1932 – 1973) and Joyce McShane (1926 – 2015). He is survived by his wife, Eleanore (Osterbauer) McGowan; children, Max (Lynette) and Perry (Sheila), and half-sister, Janet (David) Wiley. Jack has been fortunate and grateful for the exceptional competence and commitment of his longtime employees and business associates Rita Landgraver, Daniel Trippler, Lynn Bergeson, Norton Rockler, and Ann Rockler Jackson, and, most especially, the unfailing love, dedication, admiration, and support of his wife Eleanore. McGowan Cabinet Co is proud of its 70-year heritage and remains in business in Forest Lake. Family and friends are welcome to gather from 5:00 to 7:30 p.m. with a time of sharing beginning at 7:30 p.m., on Tuesday, May 15, 2018 at Mattson Funeral Home, 343 North Shore Drive, Forest Lake, MN Memorials in lieu of flowers to Lakes Area Woodcarvers, 20109 Harrow Av N, Forest Lake or Vesterheim Museum (vesterheim.org).

To order memorial trees or send flowers to the family in memory of Jack McGowan, please visit our flower store.