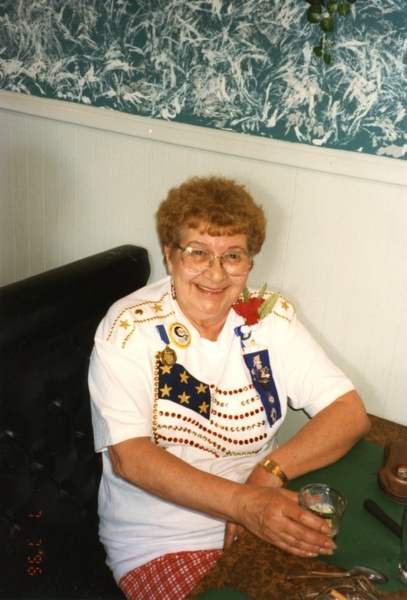 Irene D. Nelson (Sobkowiak), age 94 of Forest Lake, Minnesota, died peacefully at Birchwood Care Center on January 4, 2022.  Born in St. Paul, graduating from St. Adalbert School and St. Agnes High School, she moved to Chisago County in 1946, and then to Washington County in 1975.

She married Henry G. Arth of Columbus Township in 1946 and became a farm wife. After Henry’s death in 1955 she married Rudy Nelson of Center City in 1957. She worked out of the home at various jobs, including substitute mail carrier in Forest Lake and waitressing. She retired from Honeywell after 23 years in 1989.

She was an avid and competitive bowler in her day, often traveling to national tournaments. Her teams would design and sew their own Halloween costumes.

She was a proud and active member of the American Legion Auxiliary Post 225, Forest Lake, several times president and longtime bingo caller.

She enjoyed quilting, crocheting, jewelry making and other crafts, including participation in "The Happy Hookers" group, until she lost her eyesight.  She took great pleasure in donating these to friends and veterans’ groups.

Irene is survived by children, Christine Arth, Janet Arth, Denise Richter, Stephen Nelson, Rosemarie Nelson (David Scott) and Rudy Nelson; many grandchildren, great grandchildren and great great grandchildren; O’Keefe nieces and nephews; Bibeau cousins; and other relatives and friends.  A special thanks to the Birchwood and AccentCare Fairview Hospice staffs for their compassionate care of Irene.

To order memorial trees or send flowers to the family in memory of Irene Nelson, please visit our flower store.