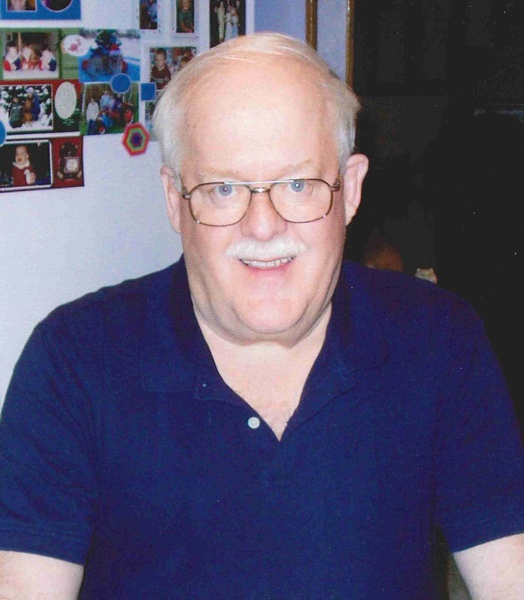 Harold A. Pedersen, age 78, died peacefully after a long illness on November 14, 2019.  He was born March 11th, 1941 to Lorraine & Lydia Pedersen in Milltown, WI.  He was a twin and grew up on a farm with his 6 siblings.  Many of his teen years were spent living with and helping his grandpa Hans take care of his farm after his Grandma passed away.

Harold spent most of his adult life in East Bethel, MN.   He married Betty Lou Camplin in 1961 and had 2 children, John & Carrie.  They lived in the little house next door to the larger one they later built in 1971.  In 1988 he married Gloria Garrison and three stepchildren were added to the family, Shanon, Mark and Tracy.  Later came grandchildren Heather, Matthew, Karissa, Karlye and great grandchildren Bethany and Brayden.  Harold loved his family, especially his grandkids and great-grandkids.

Harold first attended River Falls before later going on to the U of M.  He graduated with a degree in electrical engineering in 1965.  He worked for Control Data for many years after.  Harold and Gloria started a commercial cleaning business on their own.  GHP enterprises was in business from 1990-2015.  This was very successful for them as they had many accounts around the twin cities area.

Harold and Gloria traveled through 45 out of the 50 states, more often than not this was by driving.  One of their favorite trips was a cruise to Alaska they took with Gloria's twin cousins and their husbands.  They also spent a couple weeks in Hawaii.  They took several trips to Branson and Las Vegas where they loved watching as many shows as they could.  Another favorite driving trip was to the Grand Canyon.

Harold loved learning from a young age.  He was an avid reader and loved many different kinds of books.   He was fascinated on how things worked and would often take things apart just to see how they were made.  He loved spending time in his shop where he would do woodworking and made many beautiful hand-crafted bowls.  He made sure he made one for each member of our family and several friends.

In 2018 due to Harold's health they had to sell their home and move into a townhouse in Forest Lake.   Harold took this as a new chapter in his life.  He always looked forward to a new experience and challenge.  He lived each day to the fullest.  His main goal in life was "to make everyone's day a little better".  He lived up to this many times over.  He will be remembered for his intelligence, his ability to always have a positive attitude, but most of all his sense of humor. He was one of a kind and will never be forgotten!

A Celebration of Life will be held at 11:00 a.m., Saturday, November 30, 2019 at Mattson Funeral Home, 343 North Shore Drive, Forest Lake.  The family will greet friends one hour prior to the celebration at the funeral home.  Memorials may be directed to the American Lung Association www.lung.org

To order memorial trees or send flowers to the family in memory of Harold Pedersen, please visit our flower store.