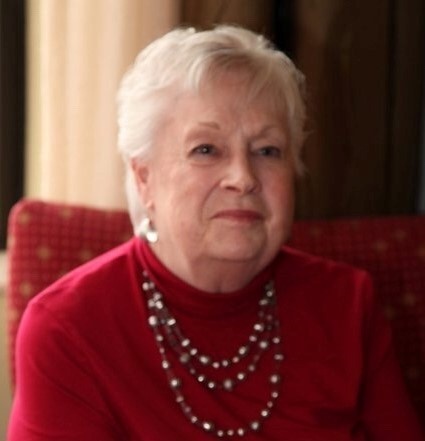 Gladys Janice Kuitunen gently passed away January 18, 2019, at the age of 88. She was born May 14, 1930 to James and Hulda Jorgenson, the first of their nine children. Gladys grew up in the Hanska, Minnesota area, graduating from Hanska High School. In June, 1950 she married Glenn Chambard and to this union were born, Wayne (Renee) Chambard, Jeaneen Chambard Orth, and Elene (Larry) Kahler.  The family made their home in Hanska until they moved to Sandstone in 1965 where their fourth child, Charles (Trina) Chambard, was born. Glenn and Gladys divorced and in 1973 Gladys met her soulmate, Lester Kuitunen. They were married in November, 1974 and their joy reached great heights with the birth of their son, Eric (Jamie) Kuitunen. Les and Gladys made homes in White Bear Lake, Wyoming, and Forest Lake and were inseparable until Les’ death in 2010. In 2014 Glad moved to assisted living at The Meadows in Wyoming, which was her home until her death.

She and Les enjoyed traveling as well as relaxing at their time shares in Florida and Grand Rapids.  She was an avid bowler for many years and enjoyed dancing and having fun with family and friends.  She especially loved her times with the “Jorgenson Girls” at their annual retreat at niece Julie’s cabin.

She was preceded in death by her husband Les, her parents, her brothers Jim and Harley, and son-in-law Bill Orth.

Among the last words Gladys spoke were “I love everybody.” Everybody loved her, too, and she will be missed.

A memorial service will be held at 2 PM, on Saturday, January 26, 2019, at Mattson Funeral Home, 343 North Shore Dr., Forest Lake.  The family will be greeting friends one hour prior to the service.

To order memorial trees or send flowers to the family in memory of Gladys Kuitunen, please visit our flower store.