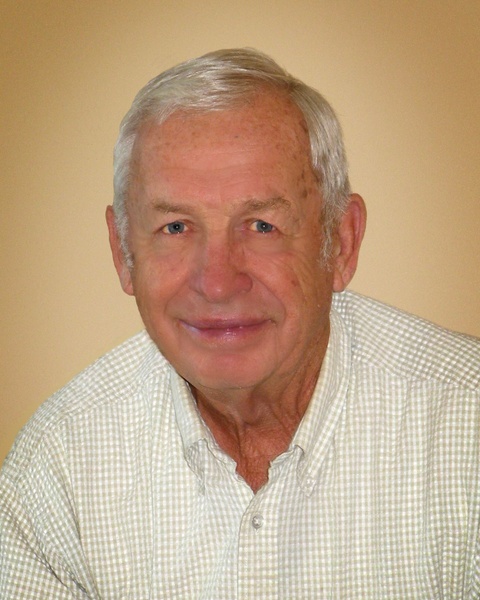 Fred Willard “Will” Carlson, loving husband, caring father, grandfather, and great-grandfather, peacefully left his earthly life on Feb. 14, 2021, at the age of 89. Will was born on Sept. 24, 1931, to Fred Wilhelm and Esther Carlson, and was raised on their family farm in the small, northern Minnesota town of Barnum. He graduated from the University of Minnesota as a veterinarian in 1957 and soon thereafter set up his small and large animal practice in Forest Lake, MN. He was known by the townspeople as “Doc Carlson.” Farming was in his bones; he and his sons raised crops – and a few cattle – on local land during the mid and later years of his vet practice, and well into his retirement. Will was a longtime member of Faith Lutheran Church in Forest Lake; he lived out his faith and servanthood by supporting and actively participating in numerous mission projects in Tanzania. He and his wife traveled to Africa many times to oversee those projects. Will also had a vision for conservation, and he demonstrated that through his well-planned housing developments, especially the award-winning Sunrise Trails development in North Branch, MN, which was built on the land he and his sons farmed in the 1970s and ‘80s. He poured his efforts and energy into that development, planting trees, caring for its wooded trails and open spaces, and offering a warm welcome to everyone who built a house there. His energy was an inspiration to all. Will was a true family patriarch and was much loved and appreciated. Will was preceded in death by his first wife, Shirley; son, Eric Carlson; brothers, Kenneth Carlson and Lloyd Carlson; sister, Dolores Asproth; grandson, Chris Roman; daughter-in-love, Mindy Roman; son-in-law, Conrad Martinez. He is survived by his wife of 50 years, Jeanette; sons, Alan (Diane) Carlson, Bruce (Joy) Carlson, Bill (Janice) Roman, Scott (Sue) Roman; daughter, Barb Martinez; sister, Lois Johnson; daughter-in-love, Betty Bender; 14 grandchildren and 11 great-grandchildren; many nieces and nephews.  A small, family-only service will be held on Sun., Feb. 21, at Faith Lutheran Church, Forest Lake, MN. Service will be livestreamed at https://player.cloud.wowza.com/hosted/w1vgpsbr/player.html beginning at 1:00 p.m.  Interment at Scandinavian Cemetery in Forest Lake. In lieu of flowers, memorials may be given to Faith Lutheran Church or a favorite charity.

To order memorial trees or send flowers to the family in memory of Fred "Will" Carlson, please visit our flower store.