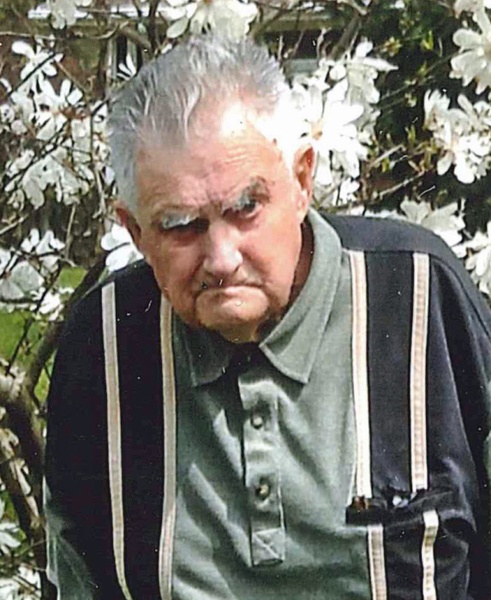 Frank Henry Fischer was born in the small farming community of Royalton, Minnesota in Benton County, Minnesota on May 2, 1931 to Frank Anton Fischer and Clara (Pasch) Fischer.  He grew up on a farm and attended Royalton High School.  While attending high school, he lettered in football, was captain of his high school basketball team, and was in the camera club. He served as an altar boy while attending school at the local Catholic Church.   He graduated in 1950.  His older brother Alfred left for World War II while he was in school.  Upon graduation he enlisted in the United States Navy and was sent to Michigan to be a radioman.  He served on the U.S.S. Coral Sea; which was the largest aircraft carrier in the world at the time.   He was on the Mediterranean Sea for two years where he was a radioman during the Korean War.  After two years on the Coral Sea, he was sent to Port Leyote in French Morocco, Northern Africa where he was a radioman for one and a half years.  During this time he was able to visit Italy and see the Sistine Chapel, the Vatican and most of Rome.  Upon finishing his duties in Africa he boarded the U.S.S. Rockbridge for his long journey home.  He was honorably discharged and received the Good Conduct Medal among others.  During his time in the Navy his father, Frank passed away at the young age of 52.  He returned home and his mother sold the farm.  It was just a few years later when he met the love of his life, Lois Stoerzinger. They were married in April of 1957.  In 1960, Michael S. Fischer was born and in 1964 Frank J. Fischer was born.  The couple lived in St. Paul, Minnesota until 1965 when they moved to Forest Lake, Minnesota.  He was working for Theisen-Fischer Construction until he retired as a Block layer in the early 1980s.  He was a member of the local Bricklayers union until he passed away.  In the late 1970s he purchased Bayview Liquors in Forest Lake and sold out to his partner and purchased Colonial Liquors, also in Forest Lake, and retired from there in the early 1990s.  In his late twenties and early thirties, he loved to fish and water ski at his cabin in Northern, Minnesota.  He was a major friend of animals and nature.  He was an avid coin collector in his later years and loved to watch the animals where he lived on the lake in Forest Lake.  He was preceded in death by his father, Frank Anton Fischer and mother, Clara (Pasch) Fischer; brothers, Alfred and Arthur Fischer; and his wife of 45 years, Lois (Stoerzinger) Fischer.  After the passing of his wife Lois, he continued to live on the Lake with his step- daughter, Marlene; who so lovingly cared for him until his death.  He is survived by his sister, Elaine (Holman) Fischer; sons, Michael Fischer (Forest Lake, Minnesota) and Frank Fischer (Falkville, Alabama); stepdaughters, Marlene Schultz (Forest Lake, Minnesota) and Joan Nutzman (St. Paul, Minnesota); several grandchildren; great- grandchildren and two great-great- grandchildren; and many nieces and nephews.  He passed away two days before his 87th birthday on April 30, 2018.  He was a most wonderful husband and father and will be dearly missed by all who knew and loved him.  Funeral Services will be held at 11:00 a.m., Friday, May 4, 2018 at Mattson Funeral Home, 343 North Shore Drive, Forest Lake.  Visitation will be held one hour prior to the service at the funeral home.  Interment at Calvary Cemetery, Forest Lake, Minnesota.

To order memorial trees or send flowers to the family in memory of Frank Fischer, please visit our flower store.