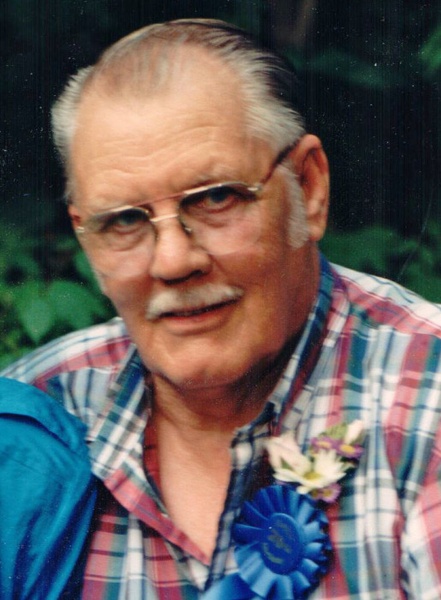 Born in Virginia, MN to Carl Magus and Signe Matilda (Swanson) Svean.  He grew up on farms in New Foldon, MN, Argyle, MN and Grafton, ND.  Bud served in the U.S. Army Air Corps as an air radio operator and mechanic in England and Germany from 1944-1949.  He met Violet Darlene Nelson in Thief River Falls, MN and was married in the Zion Lutheran Church.  They had two children, Ricky Floyd and Floreen Dawn.  They moved to California in 1955, living in Indio, where Bud worked for Knudson Dairy for several years as a milkman.  Floyd moved back to Crystal, MN and while working for a grocery store, he met Marge Mohler.  They were married in 1969. Floyd and Marge bought their first motel in 1973 in Redwood Falls, WI.  They sold that motel and had several other motels in Hayward, WI, Fargo, ND, Princeton, MN, and finally in Forest Lake, MN.  Marge died in 1996.  Floyd met Jo Dalberg and they were loving partners for sixteen years, until Jo died in 2016.  Floyd is survived by his son, Ricky (Tami) Svean of Hemet, CA; daughter, Floreen (Paul) Coverstone of Amity, OR; stepchildren, Sharon (Tim) O’Malley of Phoenix, AZ, William (Mary) Mohler of Blaine, MN and Pat (Carmen) Mohler  of Circle Pines, MN; 10 grandchildren; great grandchildren; other relatives and friends.

To order memorial trees or send flowers to the family in memory of Floyd "Bud" Svean, please visit our flower store.