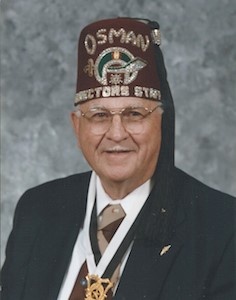 Bill was in the Merchant Marines during WWII. Ships that he served on carried troops and supplies across the Atlantic and Pacific oceans.  He was a Mason and Shriner for over 60 years.  Bill was an avid Cribbage player. He could count up an opponents hand as the cards were played.  Bill will be missed by his children, grandchildren, great grandchildren, many friends and a lot of cribbage players.

Memorials can be sent to Shriners Hospitals for Children-Twin Cities

To order memorial trees or send flowers to the family in memory of Earl Henry, please visit our flower store.