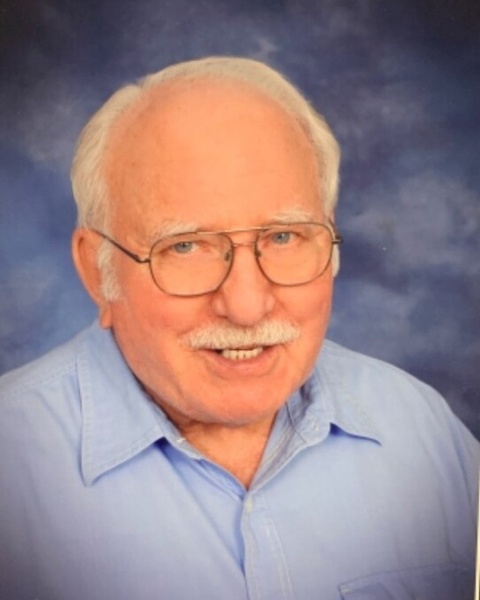 Dory John Kazmierczak passed away surrounded by family on Dec. 20, 2021 at his home in Scandia, MN at the age of 88. Known for his craftsmanship and willingness to help others, he will be remembered as a lover of Polka music and card games, a hardworking handyman, and a beloved husband, father, and grandfather.

Dory was born at his family’s home in Florian, MN on March 30, 1933 to parents John and Leokadia (Kuznia) Kazmierczak. He grew up on the family farm and that is where he discovered his affinity for fixing machinery. As a teenager, he repaired his father’s tractor by creating an entirely new component, a story he was always proud to share with his daughters and grandchildren.

He graduated from Stephen High School in 1952, where he was a star athlete in football and track. After participating in an annual wheat run after high school, Dory served in the U.S. Army for two years from 1953-1955. He was stationed in Germany and was tasked with driving the then Captain John Vessey in a jeep. He was once told to drive the jeep down a hill to meet the Captain, which he did do, literally. Instead of taking the road down the hill, he drove through the snow to luckily land at the bottom. He also experienced horseback riding and skied down the side of a mountain in Europe, something he said he would never do again.

After completing his service, Dory attended the North Dakota School of Science in Wahpeton, North Dakota. He graduated in 1959 with a degree in architectural drafting and moved to the Twin Cities to begin his career.

Dory met his future wife, Darlene, in St. Paul at a dance in 1961. The two married shortly after on October 6, 1962 and four years later moved to Scandia, MN to raise their family. While living there, he worked at Wyard Industries in Forest Lake for 33 years as a Design Engineer. While at Wyard, he received a patent in 1994 for one of his inventions, a palletizing apparatus. Dory and Darlene had five independent and caring daughters.

Outside of work, Dory enjoyed keeping active. He spent time gardening and woodworking, making gifts for his grandchildren like a rocking horse, step stools, and newborn cradles. He was also part of card clubs with his friends and especially enjoyed playing cribbage, 500, and pinochle. Above all, he was proud of his Polish heritage and showed it by always playing Polka music in the kitchen and attending Polka dances with Darlene.

In his later years, Dory also spent time watching wildlife like the various birds, turkeys, pheasants, deer, and even bears that made appearances in his backyard. He also enjoyed watching old western shows in the afternoons like “Gunsmoke” and “Bonanza” as well as “Perry Mason” every morning and night. Additionally, Dory recently discovered YouTube, watching Polka videos in his free time.

Dory was a member of the Forest Lake VFW and American Legion, the Polish American Club, the Midwest Polka Association, and the Florian Fruit Growers. He was also a proud member of St. Francis Xavier Catholic Church in Franconia, MN where he was a parish council member, a eucharistic minister, and an usher. He also helped construct the church’s latest edition in 2003, making the downstairs kitchen and dining area.

While he never left Scandia, Dory was able to travel throughout his life. His travels extended from local Polka festivals to Texas to Hawaii to Poland. However, home would remain one of his favorite and most comforting places, which is why he chose to take his final breath there, in the chair he loved, in the house he loved, and surrounded by the people he loved.

As his daughters put it, Dory was a handyman, a “party animal”, and a jack of all trades. He will be greatly missed and forever loved.

Mass of Christian Burial will be celebrated at 11 a.m. Friday, January 21, 2022 at the Church of Saint Peter, 1250 South Shore Drive, Forest Lake.   Visitation 5-7 p.m. Thursday at Mattson Funeral Home, 343 North Shore Drive, Forest Lake with a rosary, military ritual, and Florian Fruit Growers prayer following visitation.  Visitation will continue one hour prior to mass at the church.  Masks are strongly encouraged.  For those unable to attend, mass will be live streamed at https://youtu.be/QcZpYPAgzuk Interment at St. Francis Xavier Cemetery, Shafer, MN.

To order memorial trees or send flowers to the family in memory of Dory Kazmierczak, please visit our flower store.