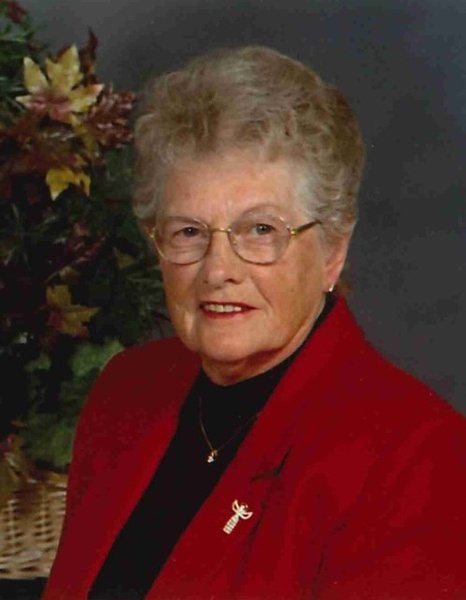 Dorothy was born on the 16th of April in 1930. There were 7 children born into the Van Dalen family, and Dorothy was number 5. Her Dad was hoping for a little boy. He though so much of Theodore Roosevelt, and “Theodore” was the chosen name. Well, much to his surprise, this darling little girl arrived. He decided her name would be Theodora!  That lasted just so long, and the day arrived when little Theodora decided that “Dorothy” was going to be her name.

Dorothy’s family moved to a farm in Pease, Minnesota a short time after Dorothy was born. She attended grade school in Pease, and high school in Milaca, MN. While in high school she loved playing basketball. After graduation, Dorothy worked for a sewing company for a time, but within a short time, she met the love of her life, Raymond, who also lived on a nearby farm.

Raymond and Dorothy enjoyed ice skating, movies, etc., and the day arrived when they thought… “Let’s get married!!” … And that’s just what they did! On July 24th, 1949, they were wed in Minneapolis in their pastor’s home, with family present. They eloped!

Dorothy and Raymond were blessed with 6 children. Unfortunately, they lost a little girl, but their remaining 5 children, two sons and three daughters, blessed them with 14 Grandchildren and 4 Great-grandchildren! What beautiful blessings! Among those 14 Grandchildren, there are two sets of Twins!

In 1993 Raymond passed away and in 2001, Dorothy decided to leave the bitter winters of the north for Sunny Arizona! She has traveled throughout the States and has enjoyed a trip to Hawaii! She is involved in volunteer work making quilts, knits and simply loves to sew. When asked what she loves most in life, her “family” is number one, and a close second is “sewing”! She was a former longtime employee of the Northwestern Casket Company, specializing as a seamstress.

Celebration of Her Life will be held at 11:00 a.m., on Tuesday, December 3 at Mattson Funeral Home, 343 N. Shore Drive, Forest Lake, MN.  Family will greet friends from 10:00 a.m., until time of service.  Interment at Ft. Snelling National Cemetery.

Dorothy is a Doll!  God Bless her.

To order memorial trees or send flowers to the family in memory of Dorothy Eckstrom, please visit our flower store.