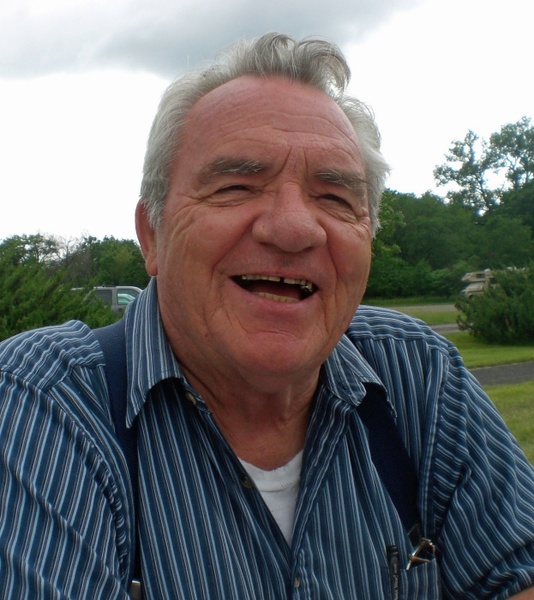 Don was born at Westside General Hospital and raised in St Paul, MN, the eldest of five children.  He had a paper route starting around age 10.  He spent summers with his cousins at his grandparents farm in Centerville, helping with chores like gathering eggs and shoveling out the barn.  Don graduated from Wilson High School in 1955.

He was married to Patricia Thurnbeck on May 5, 1962 in one of the first wedding ceremonies performed at the newly rebuilt St Peter’s Church.  Together, they had seven children.  Don designed and helped to build their new family home in Wyoming, moving in on New Years Day, 1970.  Don worked hard to support the family and to ensure his kids could enjoy sports and activities.

As President of the Knights of Columbus, he helped organize the first Fall Festivals at St Peters.  Later, as a member of the Wyoming Lions Club, he helped create Lion’s Park in Wyoming, MN.  He also served as Santa Claus for many Christmases. He taught a “Rocketeering” class at the Wyoming Community Center, teaching kids about the principles of flight with egg-carton flyers and model rockets (including the important lesson that streamers are better than parachutes.) Most recently, for at least the last 10 years, Don cared for the St Joseph Cemetery in Wyoming, Calvary Cemetery in Forest Lake and the Hugo Cemetery.

He was always interested in cars, planes and trains. In July 1995, Don was inspired to build a train for fairs and events. He built an engine and three cars, including a handicap accessible car, all about the size of airport luggage carts. It was a labor of love. The train has made appearances at a variety of community and corporate events, including an annual appearance at Willow River State Park in Hudson, WI.

Don was known for his work ethic, his generosity, his sense of humor, and his stubborn independence. He was happiest tinkering in his shop, raking & hauling leaves to the compost, researching and organizing the family’s genealogy, giving rides on his train, and spending time with his wife and family.

He is welcomed in heaven by parents, Clem and Eloise, and sister, Mary Kay.  He is survived by his wife, Patricia, seven children, nine grandchildren, and one great-granddaughter, brothers Jerry and John, sister Elaine (LaCasse) and Dick Cownie, and many extended family and friends.

The family would like to thank all the wonderful health care providers and professionals for their kindness and excellent care, especially those at Fairview Wyoming and the University of Minnesota Neuro-care Center.

To order memorial trees or send flowers to the family in memory of Donald LaCasse, please visit our flower store.