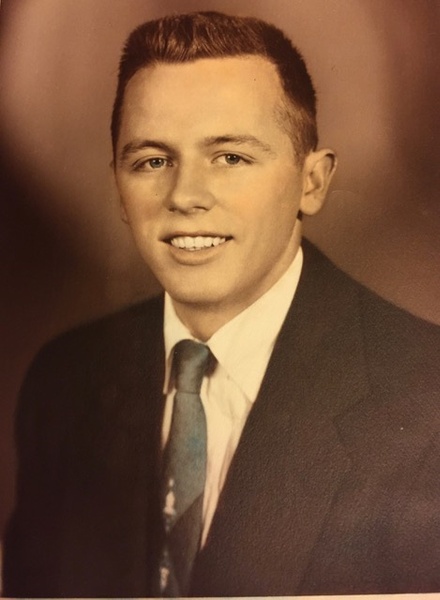 David Paul Briggs passed away peacefully at home on February 16.   He was one of five children of Glenn and Alma Briggs born on July 19, 1930.  After graduating from Park High School, he served for the US Army in Korea where he corresponded with a lovely young woman from Wisconsin named Marlene; they married in 1954.

Dave was a quiet, stoic guy, respected by everyone he met.  He never complained, working for Indianhead Trucklines and then coming home each evening to milk the cows, or bale the hay - an “organic” farmer before his time.  An outdoorsman, he enjoyed farming, tinkering on tractors and hunting.  Though never boastful, Dave was so proud of all of his family.  He is survived by daughters Debra, Jill (Dennis Christ), Renee (Kerry Kellerhuis), Jodelle, and Mindy (Steven Benton) and grandchildren Paul, Kip, and John Bergstrom, the Kellerhuises - Tony, Joseph, Anne (Johnson) and Sally (Lueth), Alison (McGrath) and Brian Welch, Kevin Christ and Cheryl Halcom, Thomas and Peter LeVasseur, Connor, Sarah and Claire Benton.  Great grandchildren include Robert Johnson and Michael McGrath.  David is preceded in death by his wife Marlene and brother Bill Briggs.  He is survived by siblings Joanne McGregor (Robert), Robert Briggs (Dawn), and Jeanne Pribnow (Roger).

Memorial service will be held at 11:00 a.m., on Friday, March 2, 2018 at Elim Lutheran Church, 20971 Olinda Trail N, Scandia, MN. Visitation will be one hour prior at the church.  Interment at Fort Snelling National Cemetery.

To order memorial trees or send flowers to the family in memory of David Briggs, please visit our flower store.