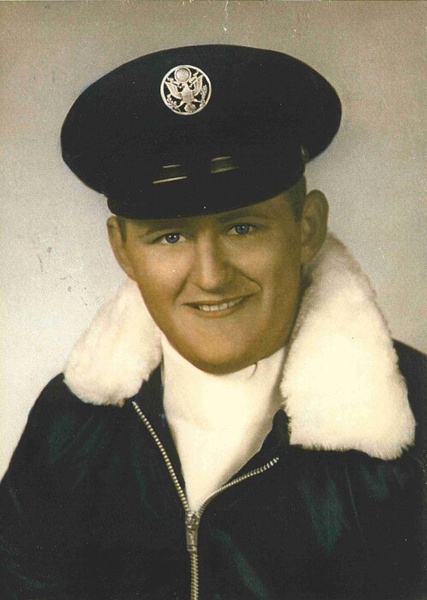 Daniel K. Klein, age 75, of Andover, Minnesota, formerly of Brainerd, Minnesota died at the VA Hospital in Minneapolis, Minnesota when his heart stopped as he slept.  Daniel was born in Barnesville, Minnesota on October 17, 1946 to Daniel Klein and Fern E. Klein (Burgeson).  He graduated from Breckenridge High School, Class of 1964.  He was a star athlete in football, basketball, baseball, and track and field.  He entered the United States Air Force in November of 1965.  He trained as a Jet Engine Mechanic.  He went to Vietnam in November of 1967.  He was an overnight Crew Chief keeping the engines of F-100s in good working order for the pilots.  He returned home in December of 1968.  After his discharge he returned to his job in Shipping and Receiving at Montgomery Wards where he became Manager of the department.  After 20 years he became a Night Shift Production Manager at Lund Industries.  In 1993 he and his wife, Sharon moved to Brainerd, Minnesota where he enjoyed cleaning and calling Bingo at the Garrison Andrew F. Kokesh VFW Post.  In his free time, he enjoyed fishing and hunting.  In 2018 they were forced to move to Andover, Minnesota due to failing health related to Agent Orange exposure in Vietnam.  He is preceded in death by his parents, Daniel and Fern Klein; niece, Jennifer; sister-in-law, Karen Klein; grandparents, many aunts, uncles and cousins.  He is greatly missed by his beloved wife of 53 years, Sharon Klein (Kuntz); children, Christine (Keith) Poetsch, Daniel Klein, Katie Klein; grandchildren, Heather, Allen, Samantha, Casey, Melissa, Jordan, Shawn, Trayton; great grandchildren, Violet, Sage, Mathew, Fern, Remington; brother, Larry Klein; sisters, Sandra (Ron) Mertes, Tammy (Greg) Nelson; sister-in-law, Karen (Lee) Baldwin; aunt, Virginia Anderson; numerous cousins, nieces, nephews, and many friends.  His wife, children, grandchildren and great grandchildren were his whole world and he loved and worried about each one daily.

To order memorial trees or send flowers to the family in memory of Daniel Klein, please visit our flower store.