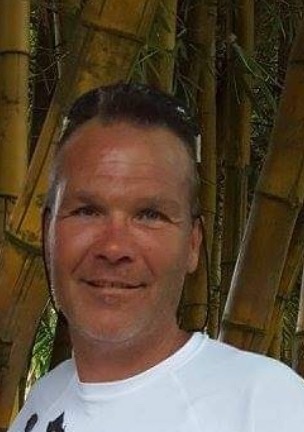 We are providing HeartStrings, our online sympathy message where you can upload a photo and write a note or share a memory that will be printed and given to the family. Please click here to send your support.

Clifford “Cliff” John Vosburg, age 49, of Ham Lake, MN passed away tragically on June 9, 2021. He was born on December 31, 1971 in Grand Forks, ND, the son of Mark and Jaqi Vosburg. Cliff grew up in Hibbing and graduated from Hibbing High School in 1990. He attended school in Staples, MN for a machinist and then moved to the Twin Cities. Cliff worked for General Electric in Algeria before changing careers and working in the construction industry. He began working in the construction industry in the late 90’s and has been a successful business owner for several years since.

Cliff had a personality that was one of a kind and never needed a last name attached. If you met him once, you always remembered him. I would guess every person reading this who knew him, has at the very least one “Cliff story” that makes them laugh! His children were the center of his world and could depend on him for anything and everything. There will be a big hole that nothing or no one will ever be able to fill for them. There wasn’t much that didn’t draw his attention and get him veering off in another direction other than the one he was heading. And if you were on the side of the road when he drove by, you could be sure he would be the first one to stop and help and not accept anything in return. He would always say he was “earning points back.”  He was never alone in his truck, there was always up to three little dogs riding with him! Anyone who knew him, knew that his dogs went to work and everywhere with him. He loved the outdoors and spending time up at the hunting land near Cloquet. Politics could get him talking (or complaining) for hours, and he wasn’t afraid to tell you exactly what he thought without any beating around the bush or sugar coating.  His infectious character, personality and laugh will be greatly missed.

A private memorial service will be held. Open visitation will be held from 2 p.m. – 6 p.m. Tuesday, June 22nd at Mattson Funeral Home, 343 North Shore Drive, Forest Lake, MN. In lieu of flowers, those who wish can donate to Northwoods Humane Society in Cliff’s name. This can be done by mailing it to Northwoods Humane Society, PO Box 264, Wyoming, MN 55092 or donating online at www.northwoodshs.org/ways-to-help/

To order memorial trees or send flowers to the family in memory of Cliff Vosburg, please visit our flower store.