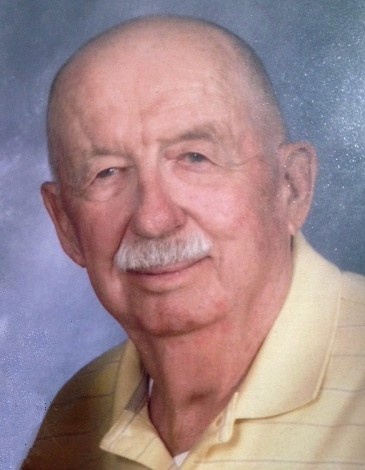 Charles "Dan" Edward Marx of Scandia, MN met the Lord on Thursday, February 28, 2019 at the age of 92 years old.  He is now at peace with his wife, Margaret of 60 years.  Dan was born November 22, 1926 to George and Evelyn Marx in St. Paul, Minnesota. Dan is survived by children, Matthew (Sue) Marx, Sandra (Robert) Maclean, Daniel (Linda) Marx and his three grandchildren, Michaela Maclean, Andrew Maclean and Sydney Kaye Marx.  Dan was drafted into the Army and spent his military time in Bamberg Germany.  Flying airplanes was his passion and he learned to fly at the age of sixteen.  He was the youngest pilot hired in the second crew of commercial airline pilots for North Central working his way up to Captain of Northwest Airlines (now Delta). Dan was an avid hunter and loved spending time up north at the cabin with friends and family.  Upon moving to Forest Lake with his young family, Dan started a hobby farm raising cattle and appaloosa horses.  He became very involved in youth hockey and coached for many years.

Memorial Services will be held at 11:00 a.m., Saturday, March 9, 2019 at Lord of the Lakes Lutheran Church, 25402 Itasca Avenue, Forest Lake, MN. The family will greet friends one hour prior to the service at the church.  Private family interment will be held in the spring at Elim Lutheran Cemetery, Scandia, Minnesota   In lieu of flowers please make donations to Christian Community Homes of Osceola, 2650 65th Avenue, Osceola, WI 54020.

To order memorial trees or send flowers to the family in memory of Charles "Dan" Marx, please visit our flower store.