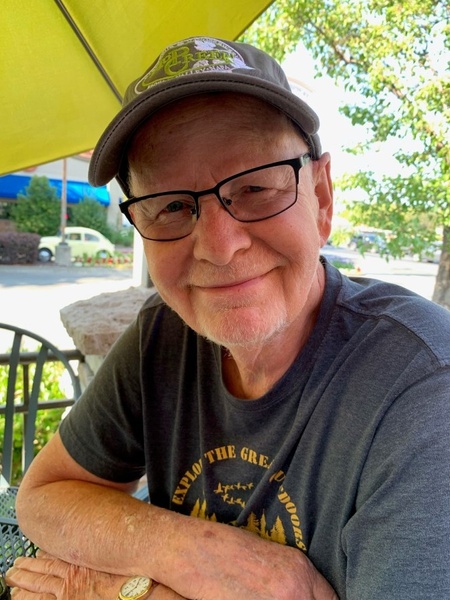 Chuck was born on December 14, 1943, in St. Paul, MN. He was the son of Charles R. and Therese (Thielen) Cleveland. Chuck graduated from North St. Paul High School in 1961. Chuck married Judith A. (Swangstue) Cleveland of St Paul, MN, and together they shared 54 years of married life together. Chuck held various jobs and worked as a musician until he enlisted in the Army National Guard reserves in 1965, where he served for six years. They were long-time residents of both Wyoming and Forest Lake, MN.  Chuck and Judy along with their business partners, owned and operated Paul’s Pizza restaurant in Wyoming MN for many years. Chuck’s long-term career began with Food Engineering Corporation (FEC)Aeroglide in Plymouth, MN where he worked for many years before taking a job transfer across the country to Fuquay Varina, NC, where he retired after working 24 years Chuck and Judy then relocated to Napa, California in 2018 to be near family.

Chuck was a family man, who felt love and pride for his family more than anything. He was self-taught musician, playing string bass and bass guitar. Jazz music was his true passion. Chuck could fix anything --he was a self-taught mechanic, carpenter, electrician, plumber, gardener, and most recently, crafter!

There wasn’t anything he wouldn’t tackle. He also had an interest in gas and electric bicycles, building more than 30 gas bicycles as a hobby. Chuck enjoyed cars, motorcycles, and anything with a remote control! Chuck’s dry sense of humor will be missed most by his family -- he is truly loved!

The Cleveland family would like to thank the amazing staff at Collabria Hospice of Napa Valley for their outstanding care for Chuck, and kind support of our family. Words cannot express our gratitude. In lieu of flowers, memorial donations may be made to Collabria Hospice 414 S. Jefferson St. Napa, CA, 94559, (www.collabriacare.org) , or the charity of your choice.

To order memorial trees or send flowers to the family in memory of Charles Cleveland, please visit our flower store.