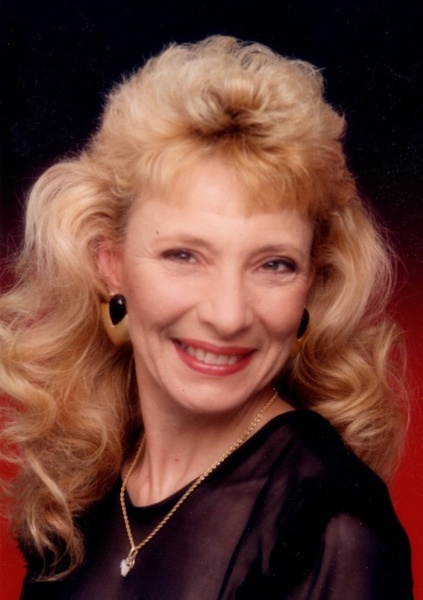 Charlene Malenfant Bergerson passed away on Wednesday, December 15 at age 78. After facing the challenges of Multiple Sclerosis for nearly 20 years with courage and determination, she is now at peace. All those who knew her will miss her friendship, fortitude, beauty, and fantastic sense of humor.

A memorial celebration of Charlene’s life will be held on Sunday, January 2, with visitation at 1pm and service at 2pm at Mattson Funeral Home, 343 North Shore Drive, Forest Lake, MN 55025. There will also be a virtual option at https://www.mattsonfuneralhome.com/. Interment will be at Calvary Cemetery in Forest Lake, MN. In lieu of flowers, the family recommends donations in Charlene’s memory to the National Multiple Sclerosis Society.

Charlene was born in 1943 and lived in the Iron Range town of Virginia, Minnesota throughout her childhood. She was a 1961 graduate of Roosevelt High School. She later studied Journalism and communications at Anoka Hennepin Area Vocational Technical Institute and Lakewood Community College.

She moved to the Twin Cities area in 1962, lived in Minneapolis for a few years, and then moved to Forest Lake in 1966, where she lived through 2004.  She owned two different homes on South Shore Drive in Forest Lake. She and husband Ned also lived in Franconville, France (near Paris) intermittently for a few years in the late 1980s, while Ned worked there for 3M. Since 2013, she was living in balmy Miami, FL, where her son Paul has also lived since that time.

Charlene was a “Francophile” all her life, loving everything French.  This was largely because her Father, who she deeply adored, was French Canadian, from northern Quebec. She and her second husband Ned hosted exchange students from France in the 1970s, which was a great cultural experience for the family (and lots of fun!).

Charlene played guitar and sang beautifully in her younger years, teaching guitar lessons and singing to many students during the 1970s.  In that same decade, Charlene loved being in the sun, and took in the sun as much as possible in a lounge chair, working in the yard, or gardening.  She was also amazing with baking, sewing costumes, and was a force on the dance floor! Her cheerful demeanor and love of laughter and the sun earned her the nickname “Sunny”.  In the 1980s and 1990s, Charlene was an avid walker and was often working out at a health club.  At the same time, Charlene’s cup of coffee and cigarettes were always at the ready.

Charlene was Modern Living Editor and reporter for the Forest Lake Times for 10 years, 1973-1983.  She covered topics including city politics and government, health care, feature stories, and sports.  She was particularly well known for her coverage of town board meetings, her amazing photography, and her very popular anecdotal column about small town life called “Uff Da!”.  The column always started with a humorous quote and situation, such as these:  “Uff Da is reaching for a door handle…and missing the handle completely!”; “Uff Da is when your birthday cake…collapses from the weight of the candles!”.

­­­­­­­­Charlene was a member of the Forest Lake Area Chamber of Commerce for over 20 years, and from 1986-1987 served as President.  She was the first President of the Lakes Area Business Press Women, and for over 20 years was a member of the Press Women of Minnesota, from which she received literally dozens of state awards and several national awards for her excellence in writing, advertising campaigns and graphic design.  In 1984 she garnered second and third place awards from the National Federation of Press Women for excellence in print media advertising design.

In the 1980s and 1990s she served in leadership for many organizations including the United Way Dist 831 board, the state council of Displaced Homemakers Program (appointed by Governor Rudy Perpich in 1984), the DFL caucus (Vice-Chair in 1982), the advisory board of the New Beginnings Center for Battered Women/Children, Washington County Solid Waste Advisory Council, and Forest Lake Community Helping Hand.  She was also a member of the Minnesota Graphic Designers Association.

I love you mom, and you will always be in my heart and at my side forever – Love, Paul

To order memorial trees or send flowers to the family in memory of Charlene Bergerson, please visit our flower store.
Open