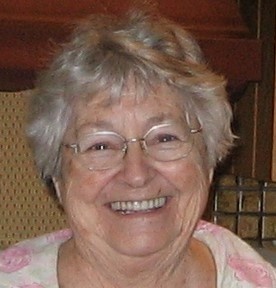 Betty was born in Rhinelander, Wisconsin on March 27, 1925 to Henry and Bertha (Blossy) Gay.  She was a life-long resident of Rhinelander until recent years.  She graduated from Rhinelander High School in 1943.  She worked at the Rhinelander Telephone Company for several years.  In 1948, she married Werner Selz.  During retirement, she and her husband spent winters in Florida.

Growing up, she was a witness to history.  At 9 years old, she was at the airport, across the street from her house, when the FBI flew in to Rhinelander to try to catch John Dillinger, the 1930’s gangster.  As a young girl, she experienced the Great Depression first hand.  People, who “rode the rails,” would stop at her house to get a sandwich or bowl of water to wash their face and hands.  She lived through World War II with rationing of gas, nylons, and other items to help with the war effort.  She also saw German prisoners on their way to a detention camp where they would be working on a potato farm.

Betty had many friends and many interests.  She liked music, gardening, travel, and reading.  She was knowledgeable on most any topic.  She was always ready to embark on any travel adventure her daughter invited her on.  Most of all she liked animals of all kinds especially dogs.

Betty is survived by three children: James Selz of Munich Germany, Nancy Selz of Minneapolis, MN, and Michael Selz of Wyoming, MN.  She is also survived by her former daughter-in-law, Diane, and her dog, Maggie.

Betty was preceded in death by her parents, her husband, aunts - Josephine Hughes and Anna Campbell, and uncles - Carl Blossy and William Blossy.

A private burial will take place at the Blossy family plot in Forest Home Cemetery, Rhinelander, Wisconsin at a later date.

To order memorial trees or send flowers to the family in memory of Betty Selz, please visit our flower store.