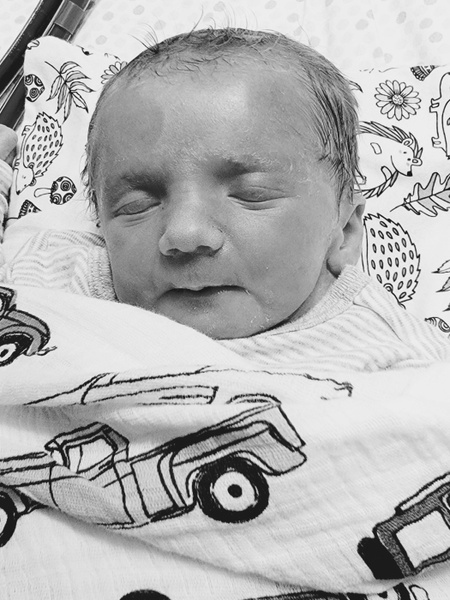 Just 5 days after coming into the world, Bentley Bo passed away peacefully in his parents' arms at University of Minnesota Masonic Children’s Hospital in Minneapolis, MN. During that fleeting time, he touched many lives and was loved by all who met and/or had some form of contact with him.

Born five weeks early and weighing  7 lbs, 5 oz, Bentley was still able to grip his mother and father’s finger and respond to his mother and father's touch during his brief stay on earth. He had a head full of curly blonde hair and the acclaimed Windish hands and feet. He was born at 7:28 p.m. on August 10th and fought extremely hard for the next five days. A severe brain bleed led to his fight ending, and passed away at 12:28 a.m. on 08/15/2021.

At this time the family wished to take Bentley home with them to grieve this difficult loss and a possible date later on for a celebration of life. A special thank you for the amazing doctors, nurses and caregivers at University of Minnesota Masonic Children Hospital that did all they could to help Bentley and family.

"Sometimes the smallest things take up the most room in your heart."

To order memorial trees or send flowers to the family in memory of Bentley Windish, please visit our flower store.