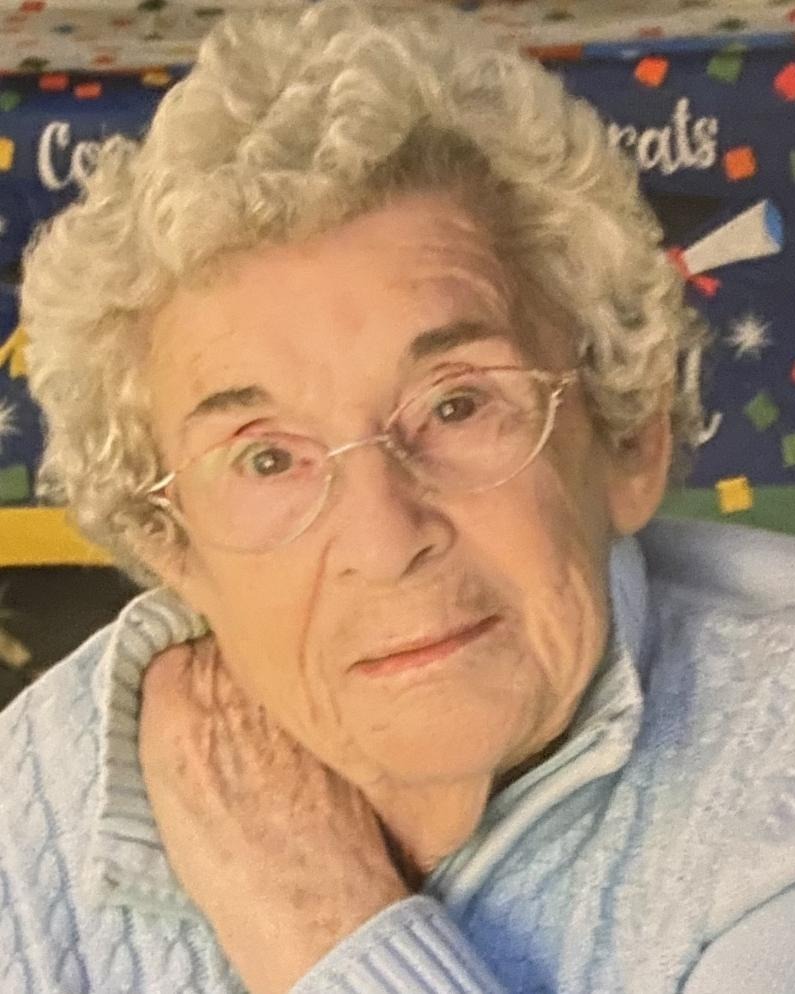 Beatrice “Bea” Puleo, age 99, died peacefully on Christmas Eve after celebrating with her family in Hugo, Minnesota.  Bea was born on October 16, 1923, at her grandparent’s home in Spokane, Washington, the daughter of Dorothy Russell.  She was so tiny at birth, that she was not weighed.  Once a scale was found for her to be weighed on, she weighed 2 ½ lbs.  Beatrice grew up in what many would call difficult times, but those times shaped Bea into the incredible person she lived to be.

In October 1941, when the Chaplin at Felts Field invited a group of Catholic Airmen to the Knights of Columbus to meet girls and dance, she fell in love with Frank Puleo.  They started dating at the beginning of WWII, corresponding through letters.  They were married on May 22, 1943, at Fort George Wright Base Chapel in Spokane, Washington.  Throughout their marriage they lived all over the country; Frank was career Air Force.  Both were very active in the DAV for many years.

Bea loved to play cards and games and spend time with her family and friends.

Mass of Christian Burial will be celebrated at 11:00 a.m., Thursday, January 12, 2023, at the Church of Saint Peter, 1250 South Shore Drive, Forest Lake.  Visitation one hour prior to the mass at the church.  Interment at Fort Snelling National Cemetery.