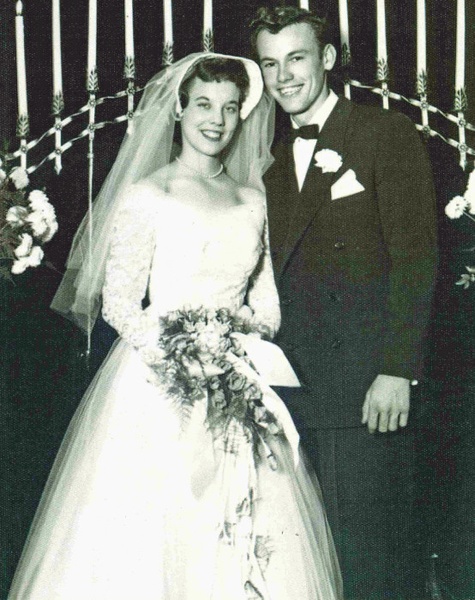 Ardith grew up in Golden, Colorado.   She assisted her grandmother, Marie Kristine Englin in managing the household and caring for her siblings because her mother, Adeline Anderson Nelson worked full time at Coors Porcelain plant to support the family. Ardith married Charles William “Bill” Watson on November 4, 1954.  She and Bill had two daughters, Valorie and Sydni who they raised in Arvada, Colorado. After the girls had grown, they moved to Florissant, Colorado and later to Colorado Springs.  Ardith was a caretaker she cared for family members when they were ill or in need.  She raised her oldest grandson, Kenneth William Sabo from his teenage years until adult hood.  Ardith loved people, animals and flowers. She was a wonderful and avid cook and was well known for her orange rolls. She joined Colorado Clowns Club with Dwayne her brother and visited area nursing homes.   Ardith and Bill were married 61 years before his death November 9, 2014.  Ardith is preceded in death by her parents, Nels and Adeline Nelson; husband, Charles Watson; daughter, Sydni Hayes Cruz; and brother, Harry Nelson. She is survived by her daughter, Valorie Lochburner; grandchildren, Kurt and Jamie Sabo, Jeremy and Karen Hayes, Ken Sabo, and Kris Sabo; great grandchildren, Ryan, Jake, and Sara Hayes; siblings, Dwayne Nelson, Don (Cindy) Nelson, Jan (Bob) Dupman; many nieces, nephews, family and friends.

To order memorial trees or send flowers to the family in memory of Ardith Watson, please visit our flower store.