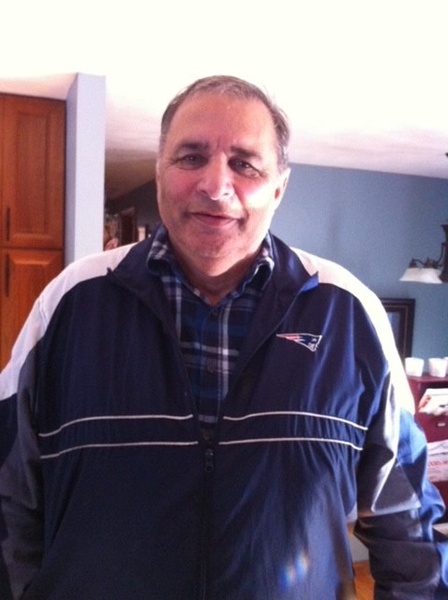 Anthony (Tony) Rocco Olivolo, 78, of Stacy, Minnesota, passed away on February 10, 2021 in Maplewood, Minnesota.  Tony was born Boston, Massachusetts to Antonio Frank Olivolo and Emma (Brosca) Olivolo on November 14, 1942.  He grew up in East Boston, Massachusetts prior to moving to Somerville, Massachusetts and is a graduate of Somerville High School. Tony served in the Navy after high school and then earned an Associate’s Degree from Newbury College in Boston. He worked as a salesman at Sunrise Auto Sales in Stacy, and he served as a City Councilman in Stacy and was an active member of the Lion’s Club running the meat raffle and was a member of the St. John’s Lutheran Church.  Tony is preceded in death by his mother, father, and brother, John Olivolo. Tony is survived by his children, Lisa Walsh and husband, Jeffrey of Wilmington, Massachusetts, Robert Olivolo and wife, Susan of Tewksbury, Massachusetts, Christopher Olivolo and wife, Fau of Chelmsford, Massachusetts, Karen LaCoe and husband, Kenneth of Ham Lake, Minnesota, Anthony Olivolo of Stacy, Minnesota, Sheryl Olivolo of Andover, Massachusetts, grandchildren, Daniel Bemis III, Ryan Bemis, Lauren Yelin, Shannon Ciavarra, Trenton LaCoe, Samantha LaCoe, Christopher Olivolo, Felicia Olivolo, Angelique Olivolo, and great grandchildren, Alexandria Yelin and Logan Olivolo. Tony is also survived by a sister, Rosemarie Fisher of Marietta, Georgia and a brother, Richard Olivolo of Dunwoody, Georgia.  Tony was an avid fan of all Boston sports teams and was an extra in the movie Celtic Pride when it was filmed at Boston Garden; even though his part did not make the final cut he cherished that memory.  He loved family gatherings and was very involved in all of his grandchildren’s activities often times coaching the teams they played on.  Tony was a frequent visitor to Grand Casino in Hinckley and filmed a commercial for the casino about the entertainers that came to Hinckley. He met many of the entertainers backstage and had a huge collection of pictures of himself with the acts that performed at the casino. He was particularly proud of his picture with Reba McEntire and had the picture made into a coffee cup that he gave to Reba the next time she was at the casino. He won multiple jackpots at the casino in his many trips there and was often at the casino bingo hall. He also loved to play the state lottery and contributed to the state’s revenues with his many purchases.  Tony had a great sense of humor and would constantly be telling jokes to anyone that was within earshot whether he knew them or not. When anyone met Tony he immediately treated that person like a longtime friend. He had a very distinctive laugh that will be missed by all his family and friends.

Visitation will be at 10:30AM on February, 18, 2021 at the St. John’s Lutheran Church, 31075 Genesis Ave, Stacy, Minnesota followed by a funeral service at 12PM with the Pastor Ben Hollingsead. For those who cannot attend, "live streaming" will be available.  A separate private burial for family is planned.  To ensure the safety and health of all in attendance, we will be following the guidelines of Executive Order 20-62.  Please call for additional information if needed.  Memorials may be given to Stacy Minnesota Lions Club, PO Box 1, Stacy, MN 55079 or the St. John’s Lutheran Church, 31075 Genesis Avenue, Stacy, MN 55079.

To order memorial trees or send flowers to the family in memory of Anthony Olivolo, please visit our flower store.