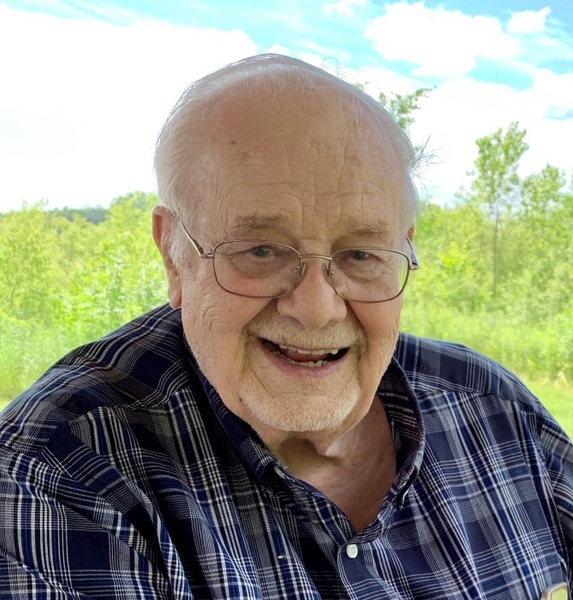 Alfred Elmer Fast (87) of Blaine, Minnesota, passed away Saturday, March 28, 2020, due to metastatic sarcoma.  He was born August 25, 1932, to Frank and Frieda Fast in Mountain Lake, Minnesota, the second of three children. The family later moved to Jackson, Minnesota, where he grew up. After graduation from high school, Alfred headed for the Twin Cities to attend St. Paul Bible Institute and prepare for the ministry.  It was there that he met Joyce Carrol Rowe from Cincinnati, Ohio. They married on August 14, 1952, just shy of Alfred’s 20th birthday.  He then transferred to the University of Minnesota, where he earned a bachelor’s degree in Philosophy.

Parenthood came soon after with the birth of the first of their six children the following August. His growing family caused Alfred to return to a trade he had learned during his high school years working for the local newspaper - setting type. He went to work for Free Church Press as a linotype operator, which led to his future employment as a type salesman in Minneapolis. Technology began to change with the advent of computers, and Alfred and Joyce worked together to establish Fastype, the very first computer typesetting company in the Twin Cities. The age of the old lead type was quickly giving way to word processing, and they sold the business a few years later. Alfred continued to manage the company for a couple years, then taught a year at Dunwoody Institute before finding employment at CAT Pumps, where he managed their inhouse print shop until his retirement.

Outside of work, Alfred enjoyed many hobbies. Alfred and Joyce had purchased six acres in Ham Lake township, where they built a new house in which to raise their family. Something of a hobby farm, it also provided room for various livestock and an extensive garden, as well as a sawmill. Ever the entrepreneur, Alfred bought a logging truck and erected a sawmill in the backyard where he processed the trees he harvested. He truly loved working with wood, which blossomed in his retirement years to turning beautiful pens and creating signs and other items that he sold at seasonal craft shows.

Another passion was motorcycles. As charter members of REVelations, a chapter of the Christian Motorcyclists Association (CMA), Alfred and Joyce often met up with the club for rides in the surrounding countryside. Their longest journey was out to Colorado and the Rocky Mountains. For many years running, Alfred worked with the club at the Sturgis Motorcycle Rally in South Dakota; he also rode out to Washington, DC, to participate in a march on the Mall. Perhaps his favorite ride, which he did repeatedly, was up to and around Lake Mille Lacs. It was a sad day when he sold his last bike at age 85.

Never idle, Alfred was an avid reader and his library housed a wide variety of books, including theology, history, biography and even some fiction. He was an active member in his local church, notably Grace Alliance Church in Forest Lake and Word of Life Church in Coon Rapids.  He served as an elder, taught adult Bible study, and volunteered with any number of projects and ministries.  He readily came to the aid of those who needed help of any kind. His Christian faith shaped his outlook on life and had an impact on all whom he encountered. He will be missed by so many people – friends and family alike.

A Celebration of Life Service will be held at Word of Life Church, Coon Rapids, date to be determined.

Memorials may be dedicated to the Christian Motorcycle Association.

To order memorial trees or send flowers to the family in memory of Alfred Fast, please visit our flower store.